Hello and welcome back to normal life. The Mondays after a holiday are always hard, aren’t they? Forget that, the WEEK after a holiday is hard. But alas, time keeps movin’ on and so do we.

We decided to stay in Texas for Thanksgiving this year. Mainly because we just got here two months ago and it just wasn’t in the cards for us to turn around and drive or fly back home right now. We made the best of it though and had a pretty great 4 day holiday weekend.

Ryan was able to work from home on Wednesday which was a nice treat. He didn’t have to visit any customers because of the week being cut short by the holiday so Wednesday was a laid back work day.

Murphy apparently CANNOT handle if both of us are home at the same time during normal work day hours so he was pleading with his whimpers all afternoon for us to play with him. We decided it would be a great day to check out a dog park to help get some extra energy out.

Murph is a weird little pup because he does not socialize at dog parks. At all. Ryan kept laughing at him because he literally would not leave my side. Normally I try to walk one way, let Murphy get ahead of me, and then dash back the other way so he chases me. This method was not working. He was attached to me the whole time! 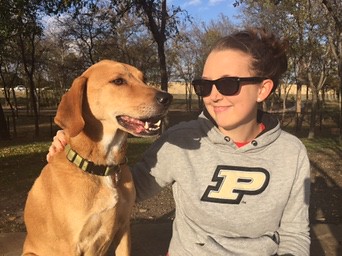 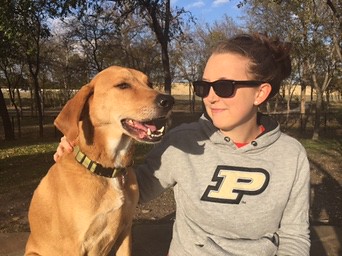 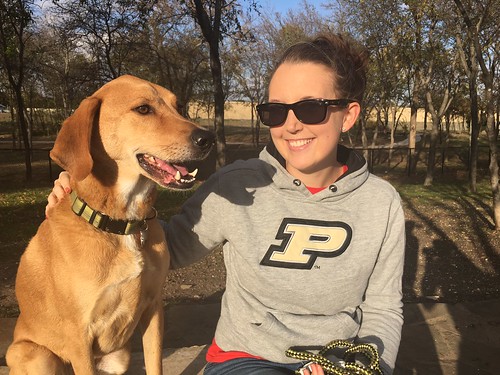 Nothing in the fridge sounded good so we headed to Sweet Tomatoes for dinner. It’s essentially a salad bar buffet, that also serves soups, pastas, breads, and desserts. Is it just me or do salads always taste better when someone else makes them? 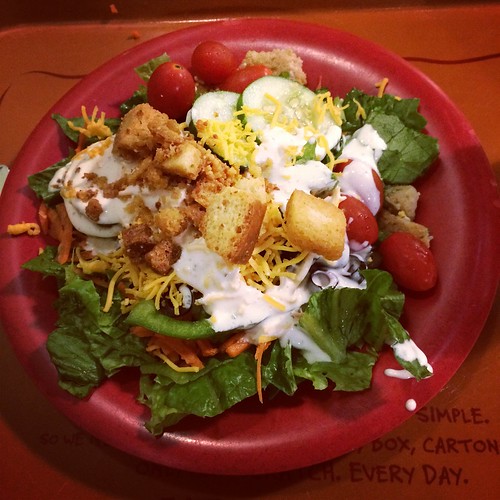 We ended the night trying three (yes, three!) new shows before settling on watching The Americans.

Thanksgiving day we woke up around 7 and Ryan made breakfast for us before we took Murphy for a long walk. After the walk, we started getting things ready for people to come over. We had one of Ryan’s co-workers and his fiance and a fraternity brother who was randomly in town over for Thanksgiving dinner.

I attempted making stuffing (dressing…whatever you want to call it) in the crock pot and uh…I had to do some major damage control to fix it. It was super liquid-y and was not going to thicken anytime soon so I improvised and put it into the oven and mixed it with breadcrumbs. Ended up tasting fine! 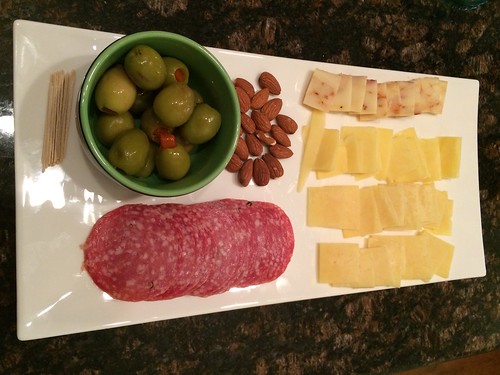 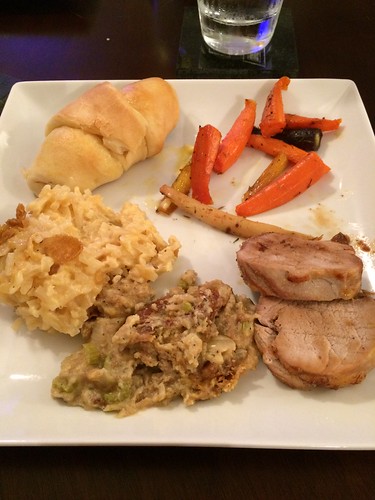 And I only set off the smoke alarm once 🙂

Shall I call Friday the day of eating and watching Netflix? Because truly, that’s all we did. Ryan’s fraternity brother stayed Thursday night and all day Friday with us and to say we were lazy would be an understatement. To fuel our day of doing absolutely nothing, we got coffee and doughnuts at Top Pot Doughnuts. 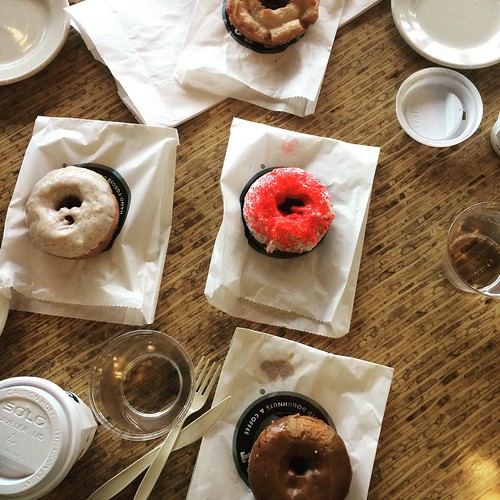 We shared 4 doughnuts (l to r): Chai Spice, original glazed (fav!), peppermint, and maple. After being properly fueled, we did do one other thing before crashing on our couches. Ryan had seen cozy looking zip up sweaters at Costco for $16 so we stopped by to take a look.

All three of us ended up getting the sweaters because ohmygosh this is the comfiest sweater ever.  They didn’t even have women’s sizes or a men’s small so mine is gigantic on me but I don’t care.

We picked up Chinese for lunch, since it had been 2 whole hours since we had doughnuts (ha). Still haven’t found a Chinese restaurant that compares to our beloved King’s Wok in Milwaukee, so the search continues.

Then we were showered and of course…ready to eat again! We wanted something Chipotle/Qdoba-esque so decided to check out Torchy’s Tacos. Torchy’s is a chain that is primarily in Texas (though I think I saw they have a location in Denver) that specializes in, you guessed it, tacos.

Our friends Ashlee and Carlo said we had to get the queso once we checked it out. 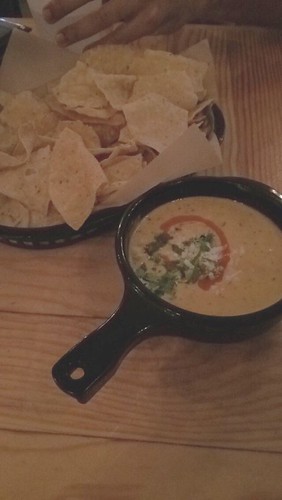 Texas sure does know how to do queso.

I ordered two tacos, the Democrat, which is shredded beef barbacoa with avocado, queso, cilantro, and onions and the Fried Avocado, which is hand-battered avocados (sounds gross tastes amazing), refried beans, lettuce, pico, and cheese. I somehow forgot to take a photo. Probably because I was too busy stuffing my face. I would skip the Democrat next time and try something new. The Fried Avocado was awesome though! More Netlfix watching consumed the rest of our evening and it was glorious.

After all of that eating we thought it might be a good idea to go to the gym in the morning. After our workouts we split up: me to the grocery store, Ryan to the Purdue alumni watch party for the football game. 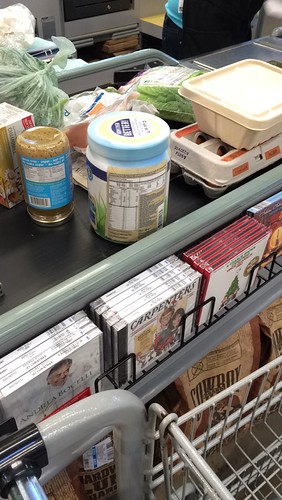 Oh, Whole Foods. Why must you be so expensive.

I met up with them later to watch the tail end of the football game, though I don’t even think I can call it that. If you know nothing about Purdue football, I’ll leave you with this comment overheard multiple times at the bar: “We just…suck so bad!” Yup. Don’t worry though, we had Purdue basketball to watch later that evening. Finally…a game that we can win! 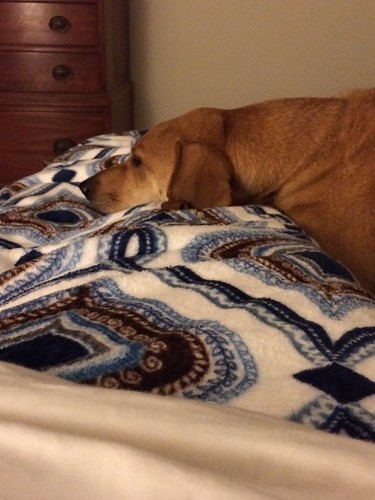 Along with some shopping trips.

Our Sunday ended almost as usual, watching The Walking Dead. Except Sling TV was the absolute worst and we ended up having to stop trying to watch because it kept cutting out and freezing. We waited until the later showing to watch it and it worked fine. Disappointed with the latest episode, but I’ll still tune in when it comes back in February!

All in all a great Thanksgiving!