Ryan travels a lot during the week for work, so we really try to soak up and enjoy the most out of each weekend.

For the first month or so, our weekends consisted of spending money on apartment related things. From getting our office to actually look like somewhat of an office (i.e. have desks), to going to a potentially dud futon place that actually ended up being great, we spent a lot of time, effort, and money shopping.

While that may sound like tons of fun to some, to me it was stressful. I’m terrible at shopping. It’s just not my thing. And while I love looking online at other people’s perfectly crafted office desks, what I end up putting together usually ends up looking like a 6 year picked everything out.

But! Most of that is behind us (thank heavens) and we can actually enjoy our weekends, like this past one!

We had our first visitors come into town Friday afternoon and we were so excited! Murphy didn’t mind the extra head scratches either.

We kept it low key on Friday night and first went to the popular dog park/beer garden, Mutt’s Cantina.

Doesn’t that sound like heaven on earth? A dog park AND a beer garden? Since Ashlee and Carlo are also dog fanatics I figured they would like it. Plus, it gave us an excuse to go check it out.

Of course Murph hung around us most of the time and didn’t really “play” with other dogs. Typical.

I think the amount of dogs overwhelms him and he just kind of freezes.

There weren’t as many people/dogs there as I thought would be, though maybe that’s because it was below 65 degrees and that means “cold” here. 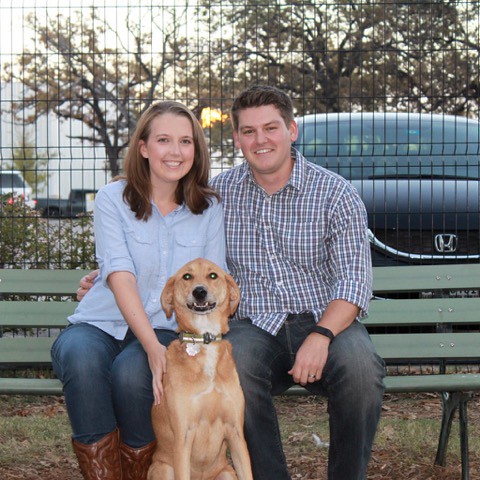 Ashlee and Carlo also captured this amazing photo of us. WHAT is Murphy doing with his teeth?! After the dog park, we dropped Murphy off and went to get dinner, where I had my first In-N-Out burger! Ryan, Ashlee, and Carlo all had been before and they were excited for first timer me. 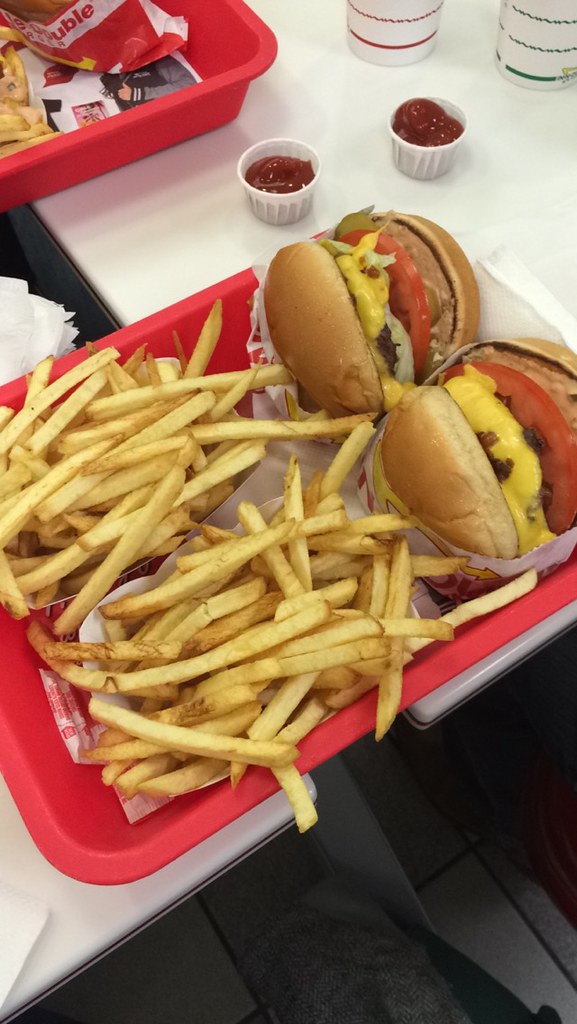 If you aren’t familiar, In-N-Out is a popular fast food burger joint that is only located in select areas. I read this article that states In-N-Out will only have locations in places that are less than a day of driving distance from their distribution facilities, as they don’t use frozen burgers. I didn’t even realize they had In-and-Out’s here in Dallas, so I was pumped to see they were here. Fortunately (unfortunately?), we live close to one of the locations and now I understand what the hype is about. I think In-N-Out may be a contender for Murphy’s birthday challenge. We shall see!

We woke up early-ish Saturday to get breakfast at Breadwinners. Breadwinners is a popular breakfast/brunch spot and we wanted to make sure we didn’t have to wait long to get a table. Ryan and I had been here before, with one of his co-workers and his fiance, and now it’s our place to take people for breakfast because it is that good. 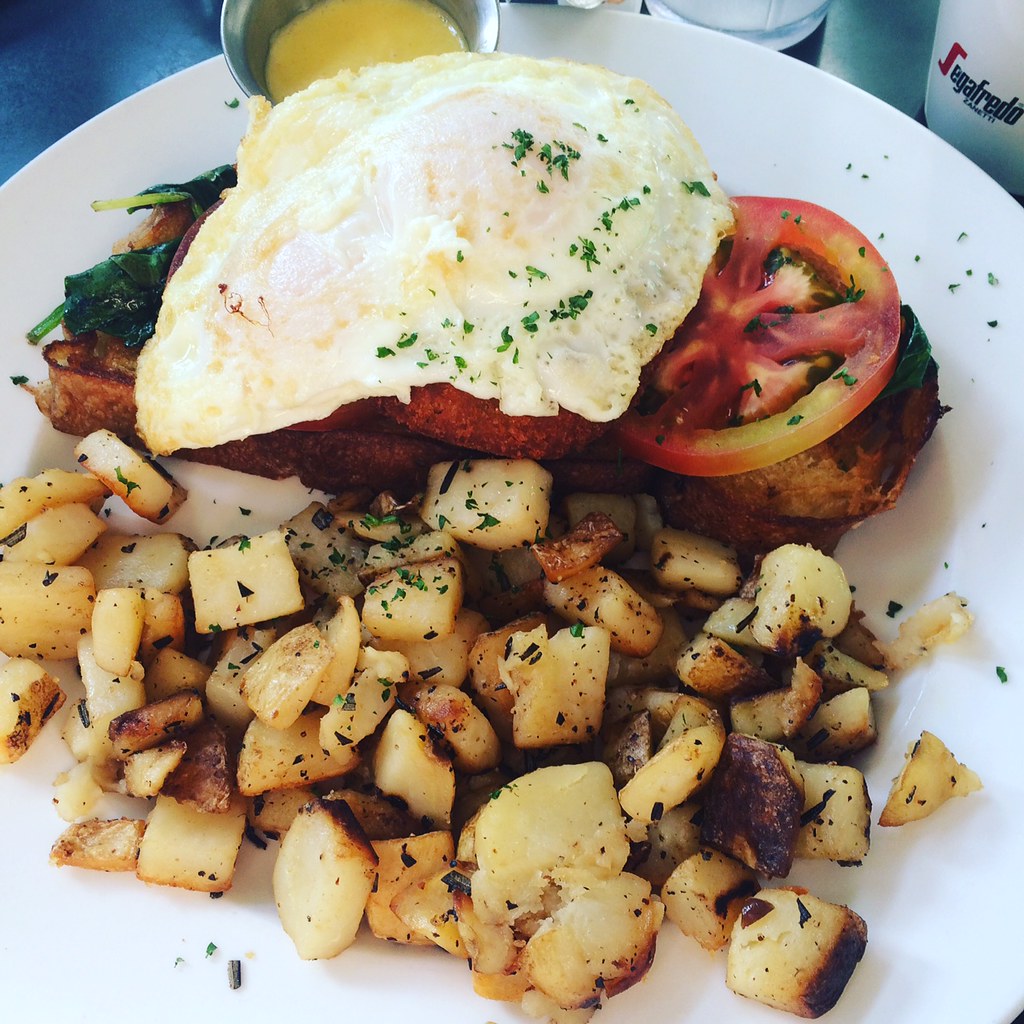 I ordered the Crab Cake Eggs Benedict and it was delicious. If eggs benedict is on a menu, I will most likely get it (last time I ordered the Southern Benedict which has pulled pork…uhh yep), and it did not disappoint! After breakfast, we went to the John F. Kennedy Museum. None of us had visited the museum before, so we weren’t sure what to expect.

The tour is a walking audio tour, located on the 6th floor of the Dealey Plaza. This was actually the building where Lee Harvey Oswald shot JFK, which was a little eery. Ironically, we also took the tour on November 21, and the anniversary of the shooting is on November 22.

I’ll admit, at times I got a little teary-eyed, especially watching some video clips of people’s reactions upon hearing the news that JFK had been shot. I can’t imagine going through that as a country. You aren’t allowed to take pictures on the 6th floor, but you are able to on the 7th, where there are various paintings, videos, and you can look out the window to see the view that Lee Harvey Oswald saw as he shot. 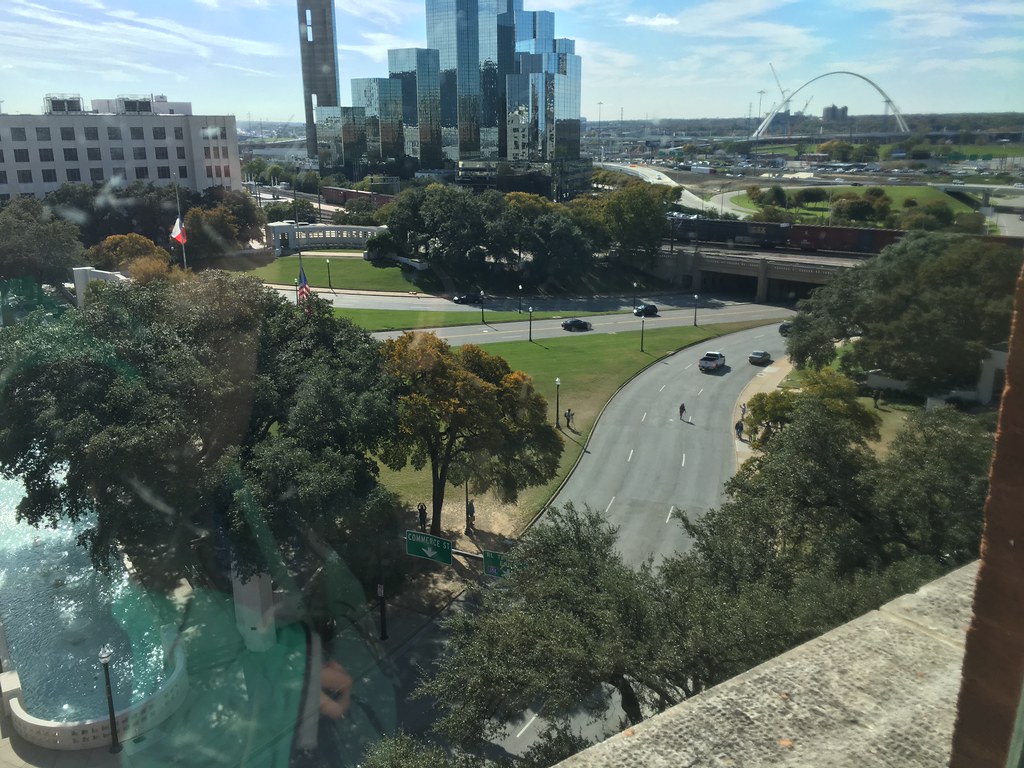 The tour took around two hours, so after we were done we headed to The Stockyards in Fort Worth. The Stockyards is a famous livestock trading mecca. We didn’t really know what to expect at The Stockyards. Both Ashlee and I were envisioning a big open stockyard with a few shops/restaurants. That is not what it looked like. Ha. 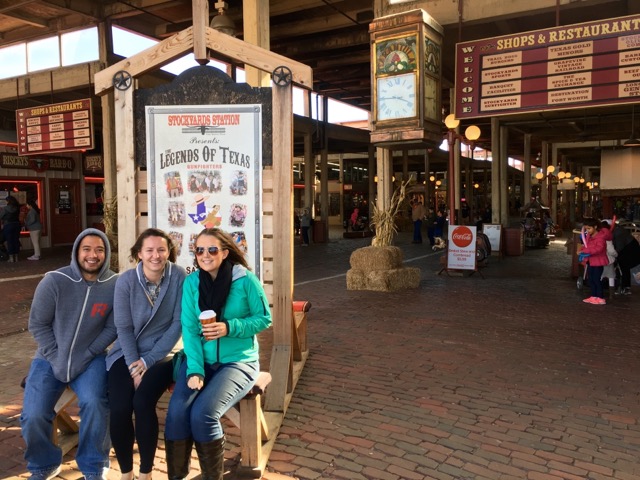 It was essentially its own little western town. There were shops, restaurants, museums, animals, etc. It was pretty neat! 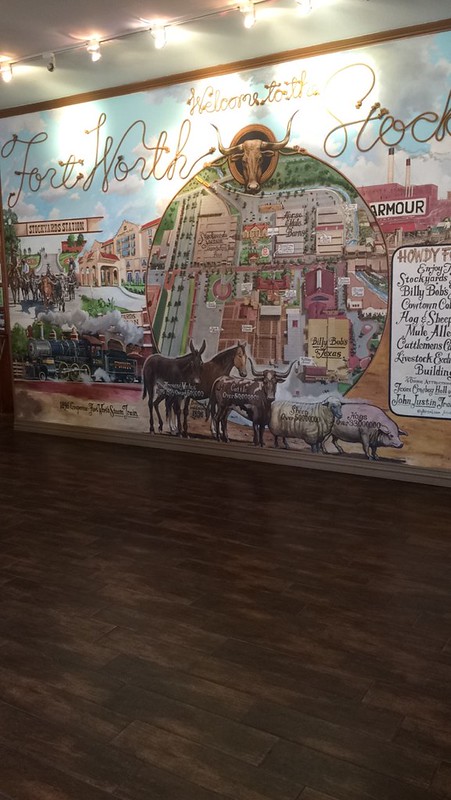 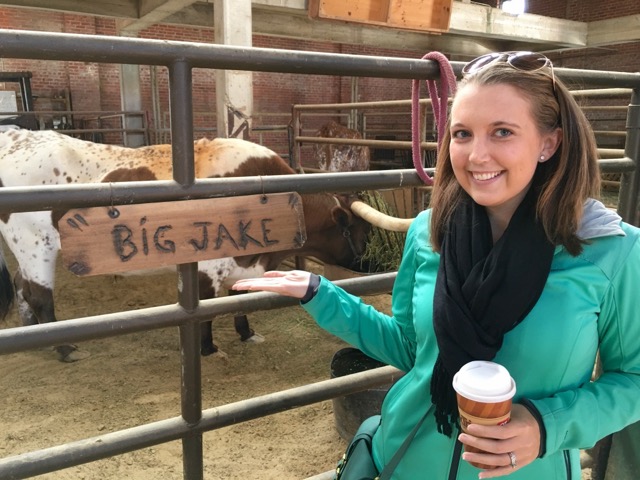 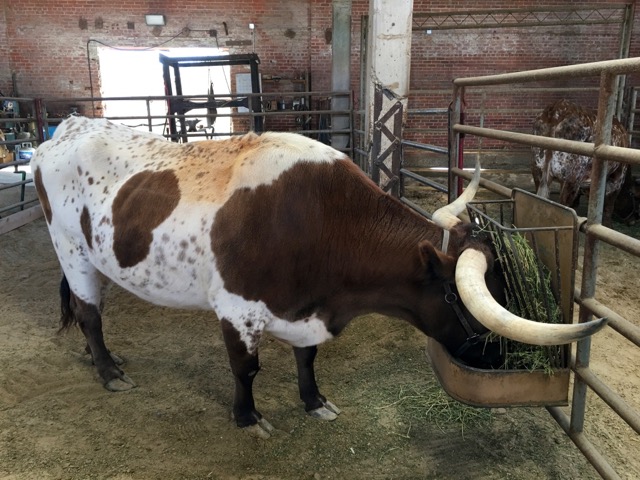 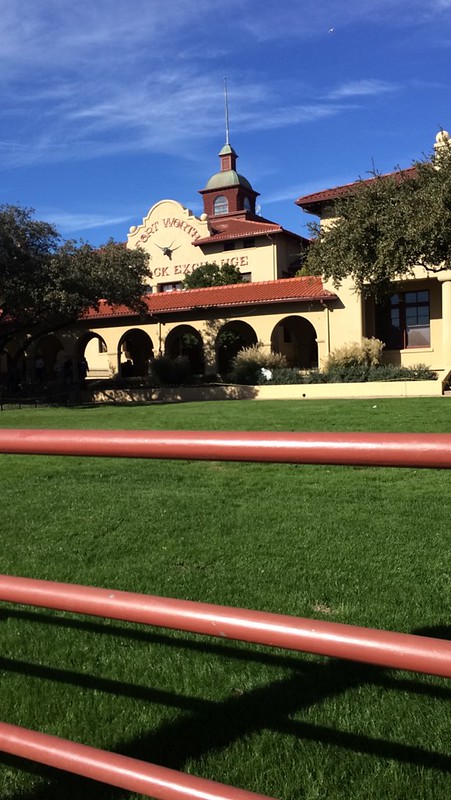 Saturday night we had a late dinner at Pecan Lodge, where I ate probably the best barbecue of my life. The lines for lunch can be ridiculously long, so we were hoping that a combination of going in the evening and it being a chillier day would work in our favor. As soon as we got there, we were able to walk right up and order, which was great! I was panicking that we would be waiting hours. 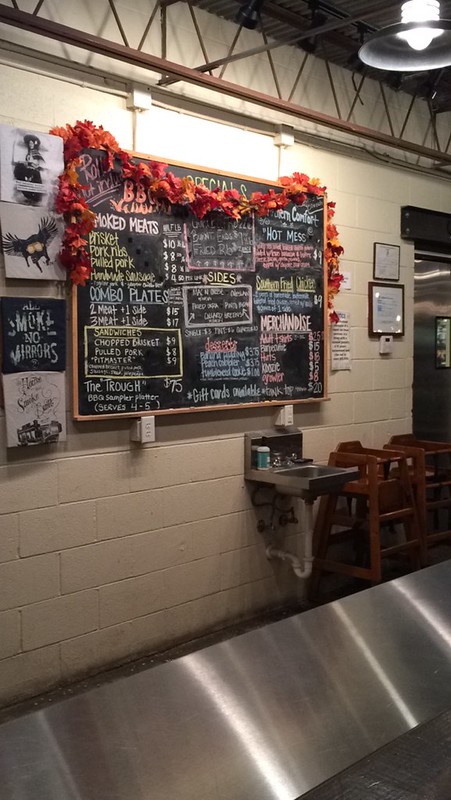 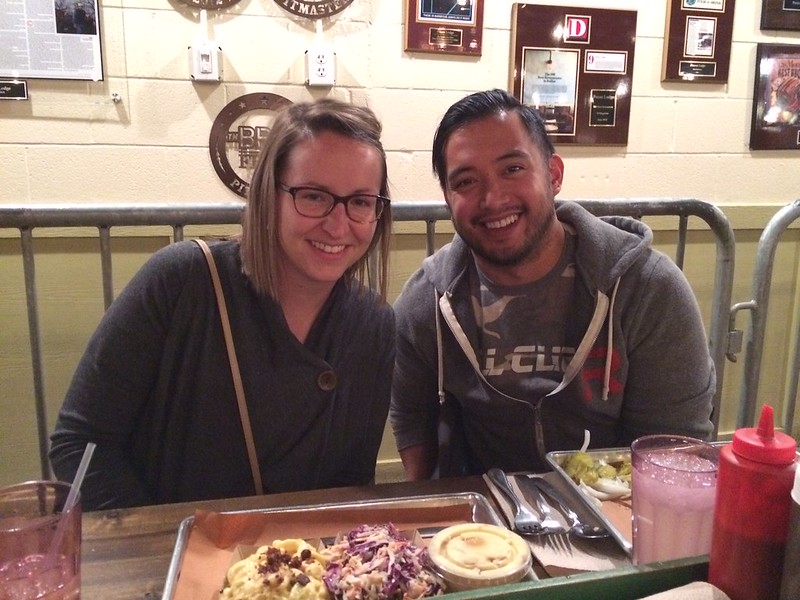 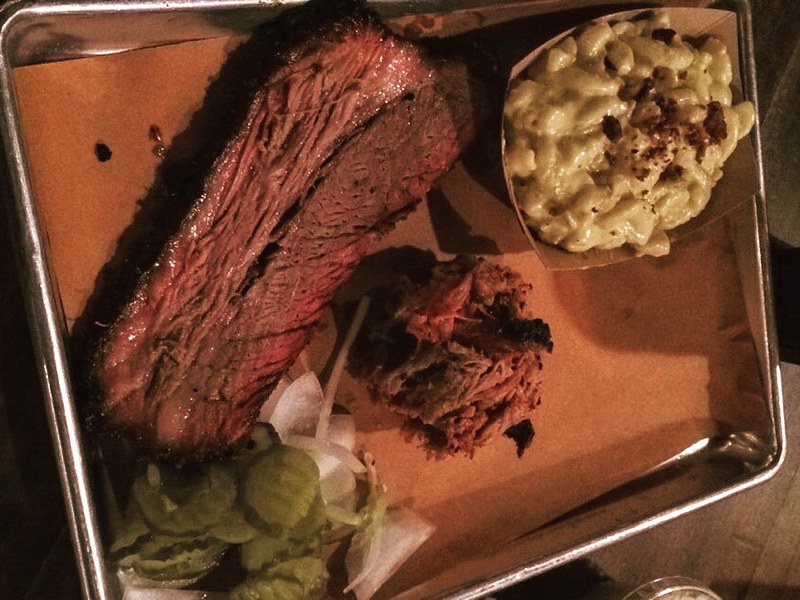 Ryan and I split the 2 meats + 1 side and a dessert and it was PLENTY. We couldn’t event finish all of it, so I’m glad we agreed to split. We ordered the brisket, pulled pork, mac and cheese and banana pudding. Omg. Everything was SO GOOD. I have to say the brisket was the best though. Nothing can beat Texas brisket.

After we were successfully stuffed, we, along with one of Carlo’s friends, went to BBC, which is a gastropub that has live music on Saturdays. We were right by the band though, so it was a little too loud for our ears. 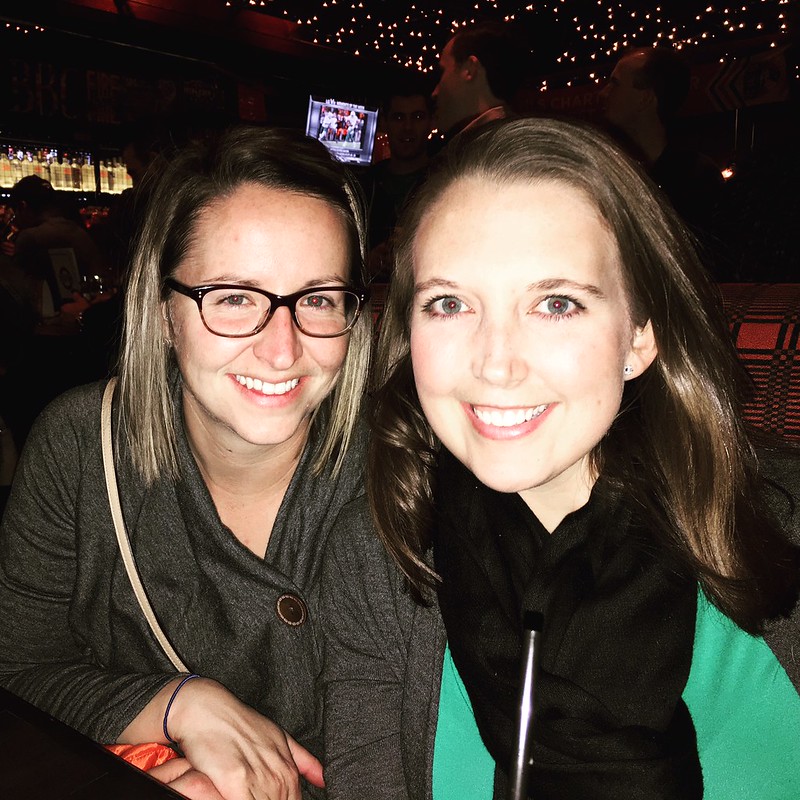 We stayed out way later than normal so we all slept in on Sunday. Nothing much to report on Sunday, just your normal relaxing day.

Who is coming next to visit us?!