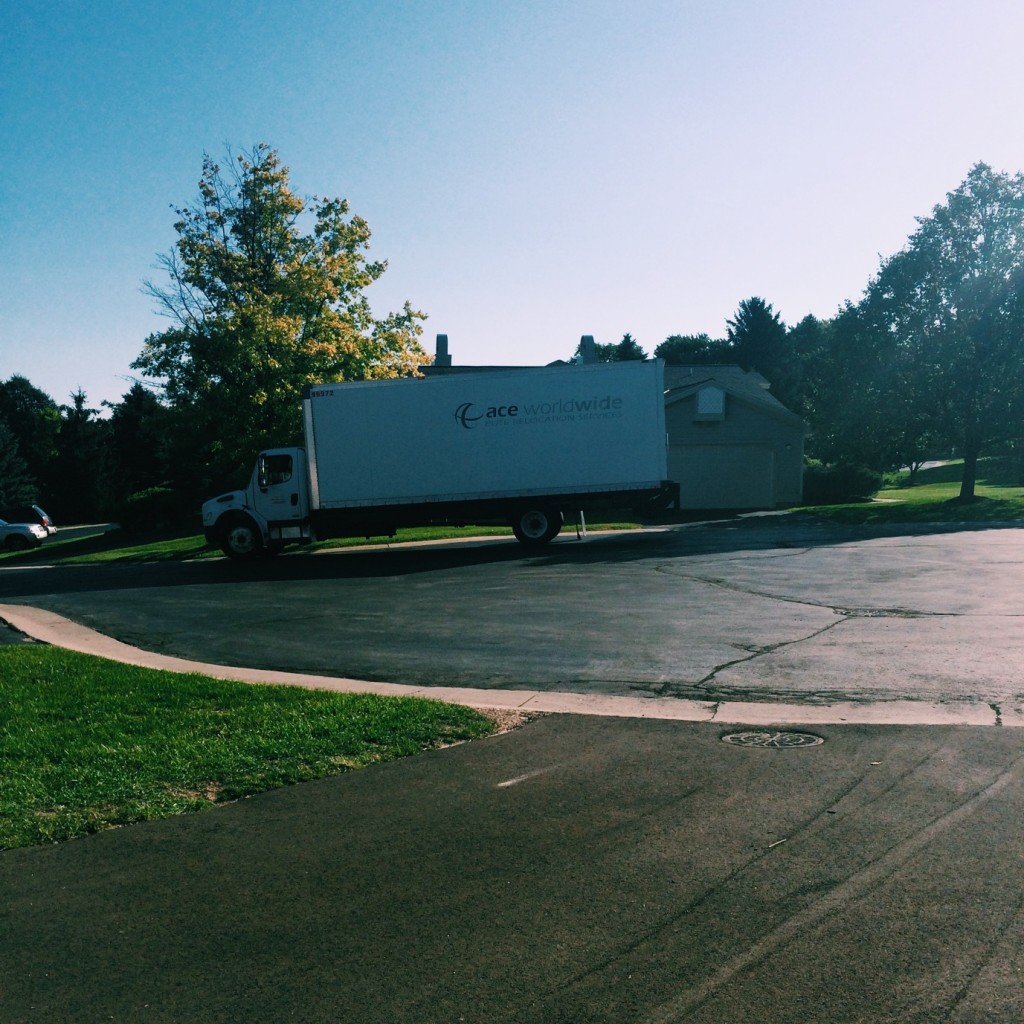 The move to Dallas was a slightly complicated one. We were very fortunate in the fact that Ryan’s company covered the entire move, which relieved a lot of stress from us, but it was during a time of year that was quite busy.

We had a family vacation planned for Michigan the first week of September. They wanted him to start working his new job in Dallas the week before. So Ryan flew down, stayed in a hotel, worked a week, then flew to Michigan where I picked him up.

My last day of work was a couple of days before the vacation started, so I was running around finishing everything for work and trying (read: not really trying at all) to pack for the upcoming move.

We vacationed for a week, and then it got even more hectic.

The movers came a day after I got back from the vacation. They said we did not have to pack anything ahead of time, just the stuff I needed to take with me in the car (which, uh, was a lot of stuff). 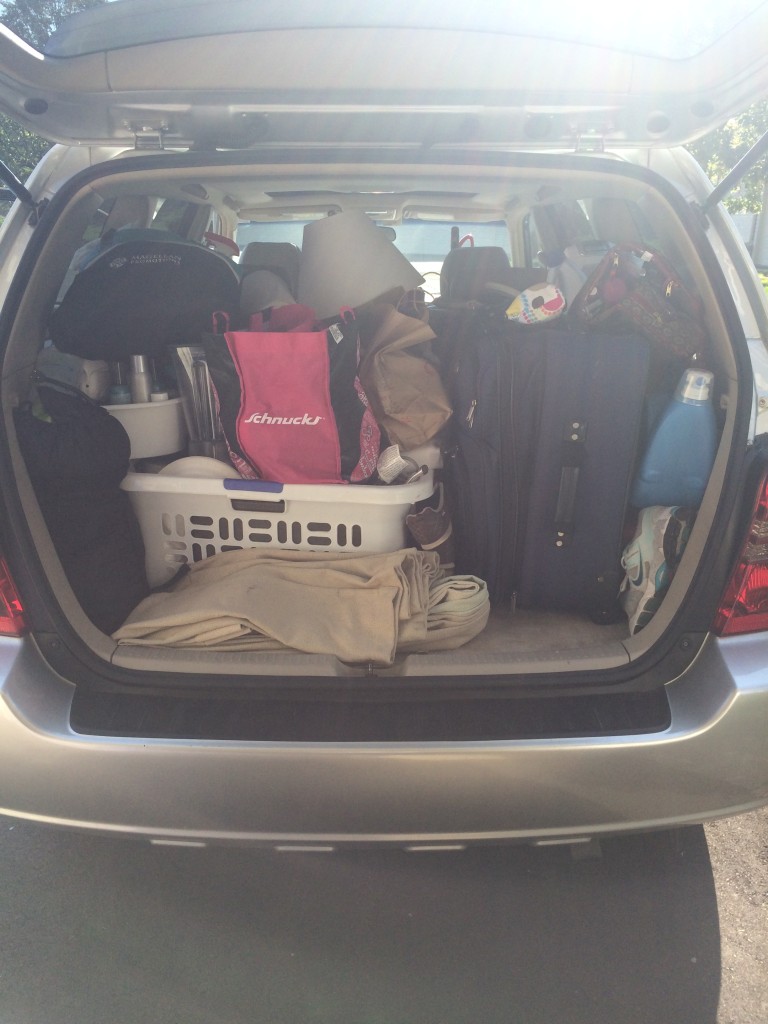 I took notes on my phone so I would remember the moving week (remember, I have a terrible memory).

There were three guys and they were impressed with how organized we were. I’ll take that compliment! It was a cool fall day, which was nice to experience before heading south to 90 degree weather.

They each took a room and started wrapping and packing. 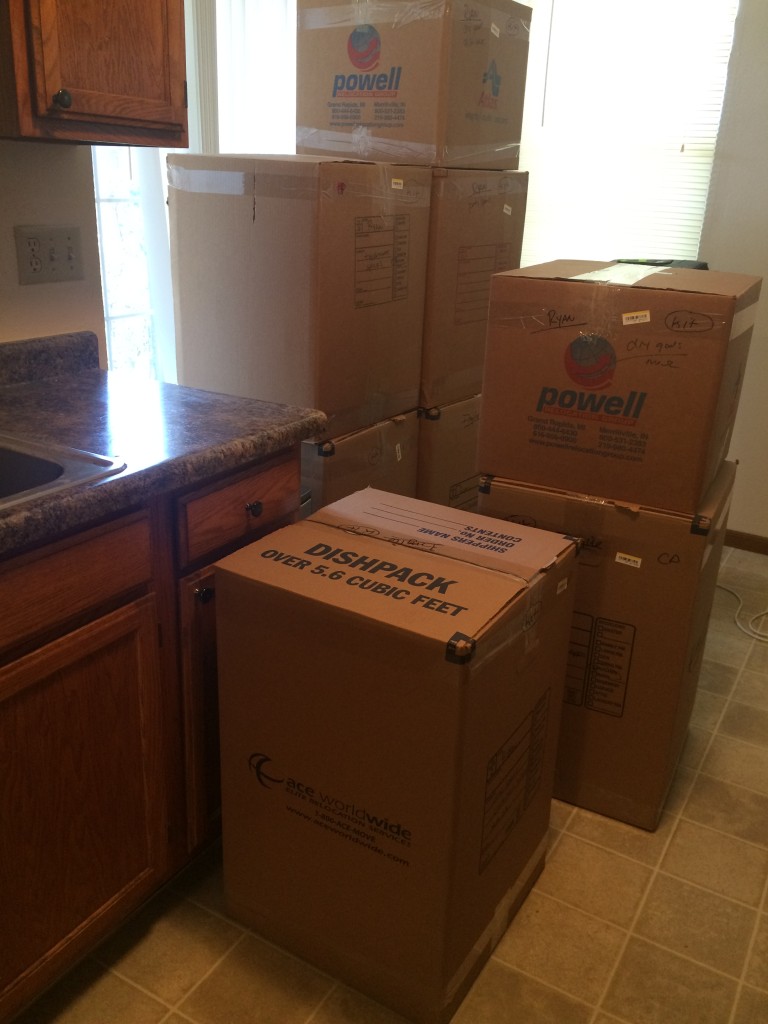 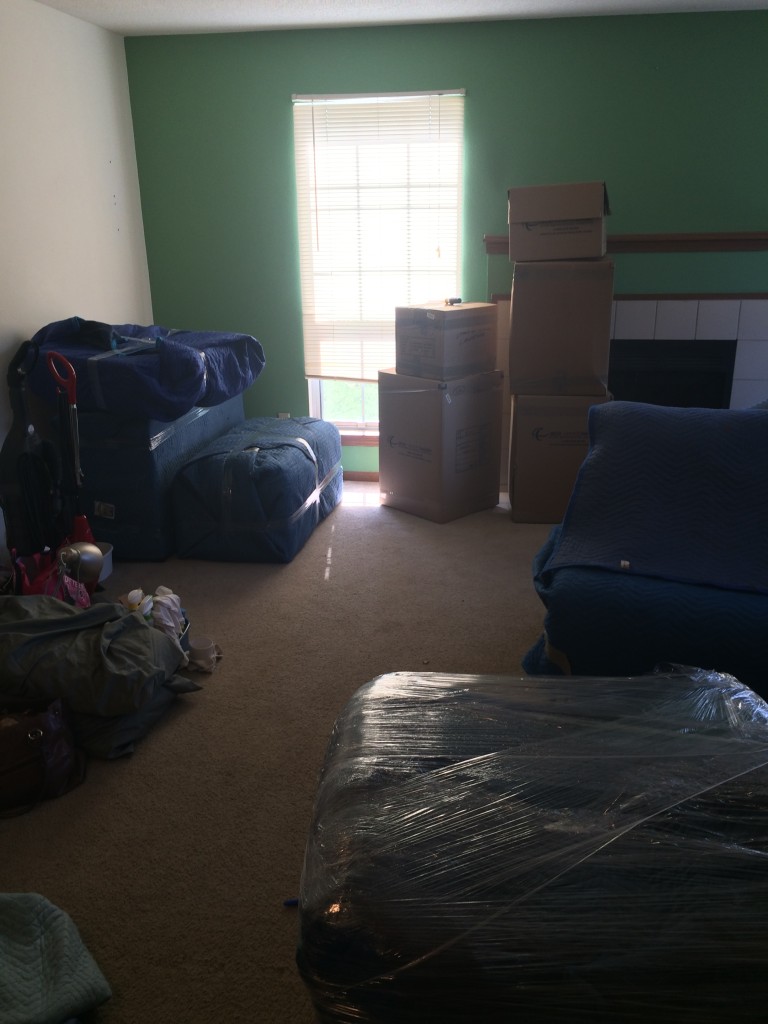 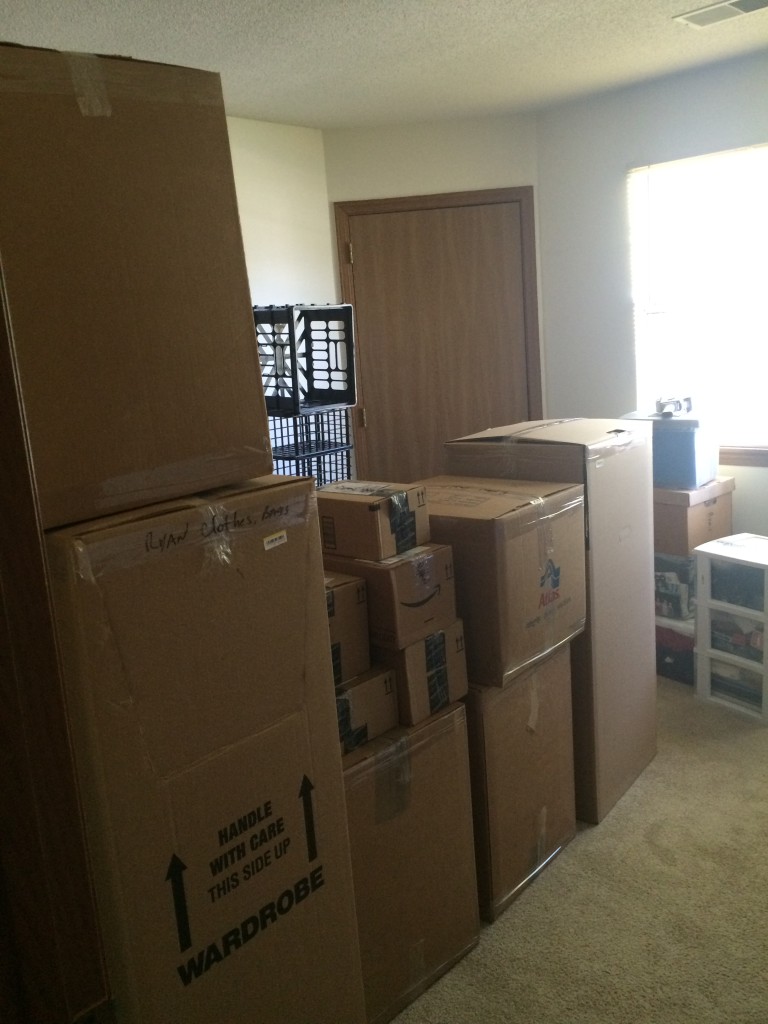 They took a break around 1pm for lunch and came back 45 minutes later. I ran into one of our neighbors, whom I’ve only talked to a handful of times and then realized I have always worn the same Purdue shirt when I have talked to him. Ugh. I promise I have other shirts! Apparently it’s my moving shirt.

The movers were done and gone by 3:30 which TOTALLY BLEW MY MIND. I mean, we only lived in a two bedroom, two bath, with a garage apartment but…they got to our place at 8:30. And they packed our things (like, literally wrapped and packed ALL of our things) in 7 hours. I guess that’s why they are the professionals.

Murph and I hung out on the floor, since there was no where to sit. The struggle was real. Ha. 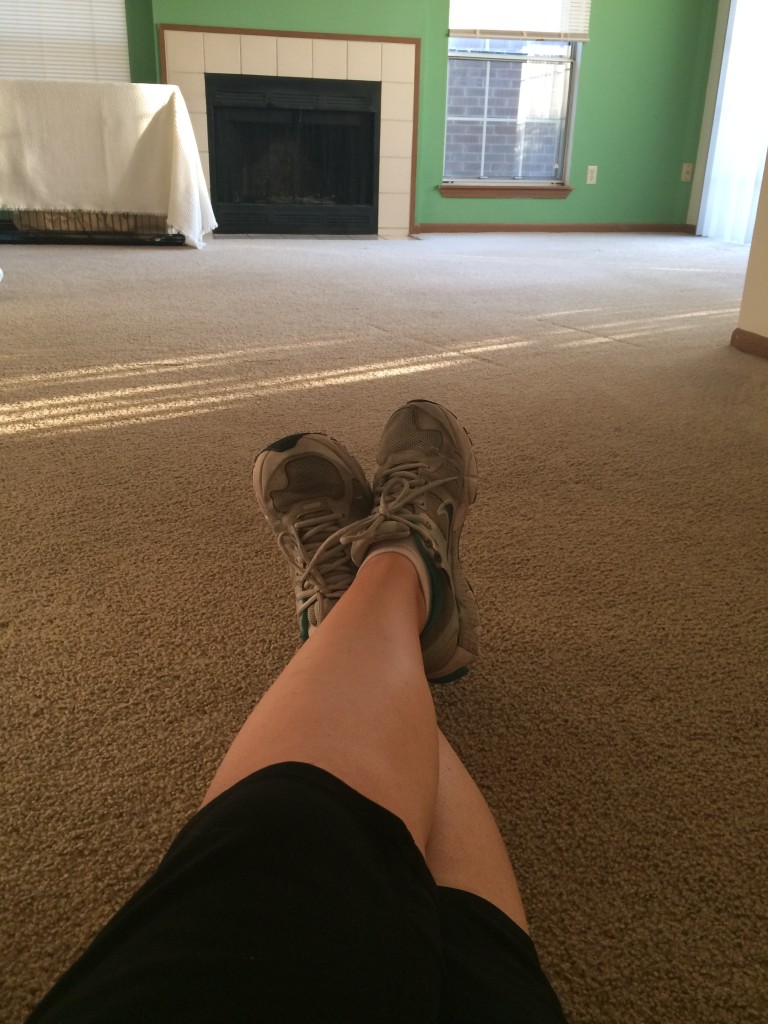 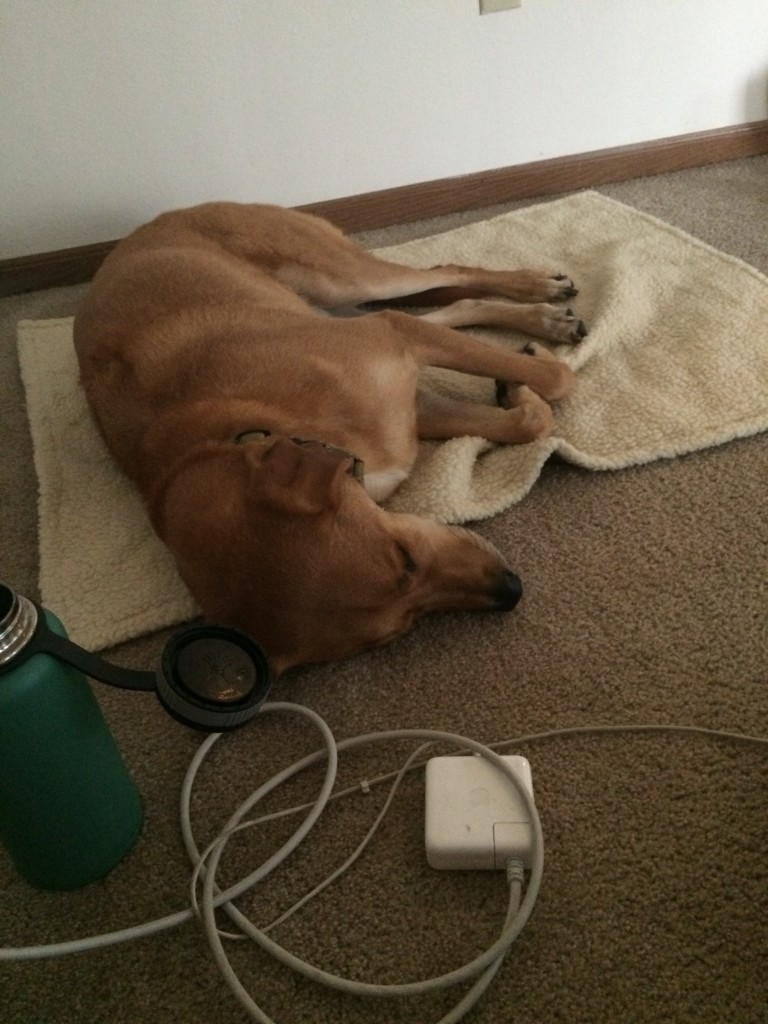 Speaking of Murphy, I took him to Camp Bow Wow to enjoy his last day there while the movers were in our apartment. What did he do on his last day, you may ask? 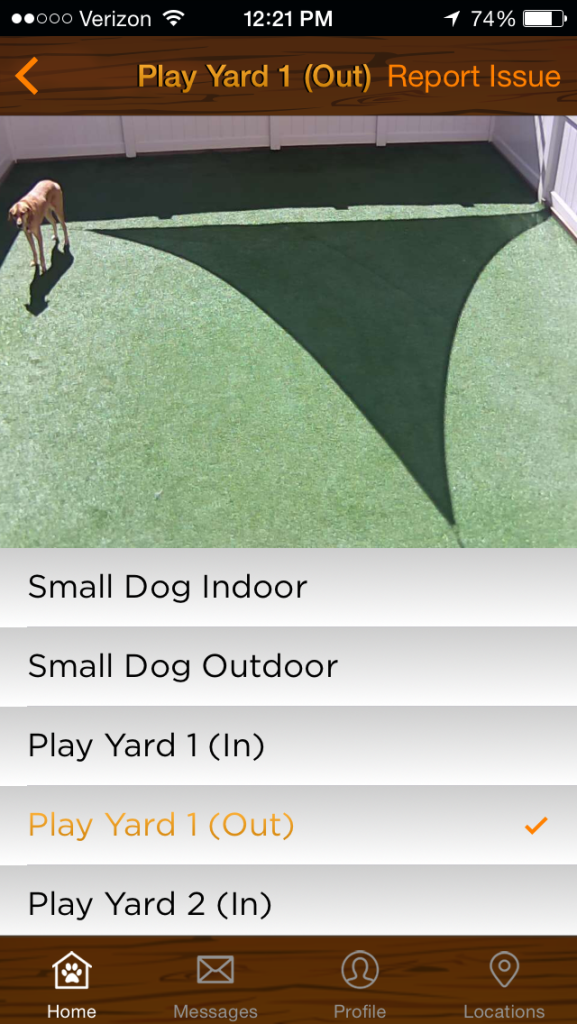 Hung out by himself. HA. He’s kind of a loner at camp but he loves the counselors (employees) that work there. They even made him a going away card! 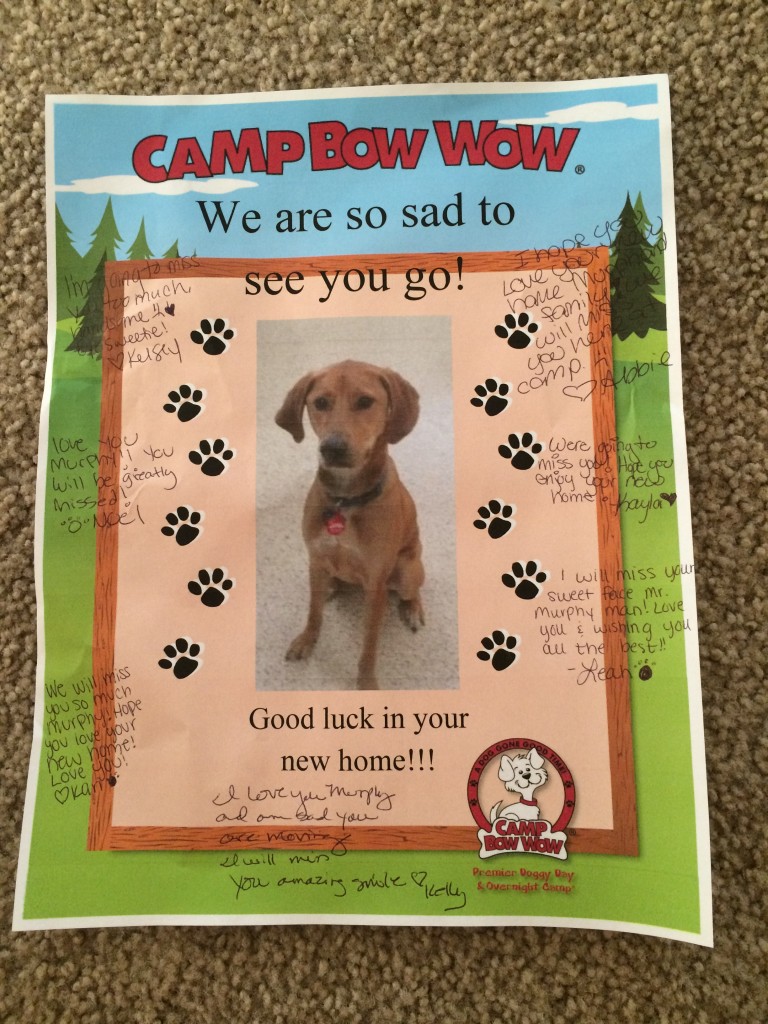 Anyways, I finished up packing stuff in my car, grabbed dinner, and watched Netflix on the computer.

I slept on the floor in a sleeping bag for the night (holy uncomfortable) and then started the trek down south the next morning!

I’ll continue the rest of the trip in my next post. Later, folks!