I’ve already described the move here to Dallas in part 1 and part 2.

To save myself from being 3 months behind for the rest of this blog’s life, I’ll sum up the last few months in this one post. I promise I won’t drone on for too long. 🙂

Much of our time has been spent putting together our new apartment. We sold/got rid of a lot of things when we found out we were moving, so that plus having a different type of space (I’m learning I need to figure out how to store things vertically) we’ve spent quite a bit of time shopping.

Thankfully, there’s an IKEA that’s only 15 minutes away. 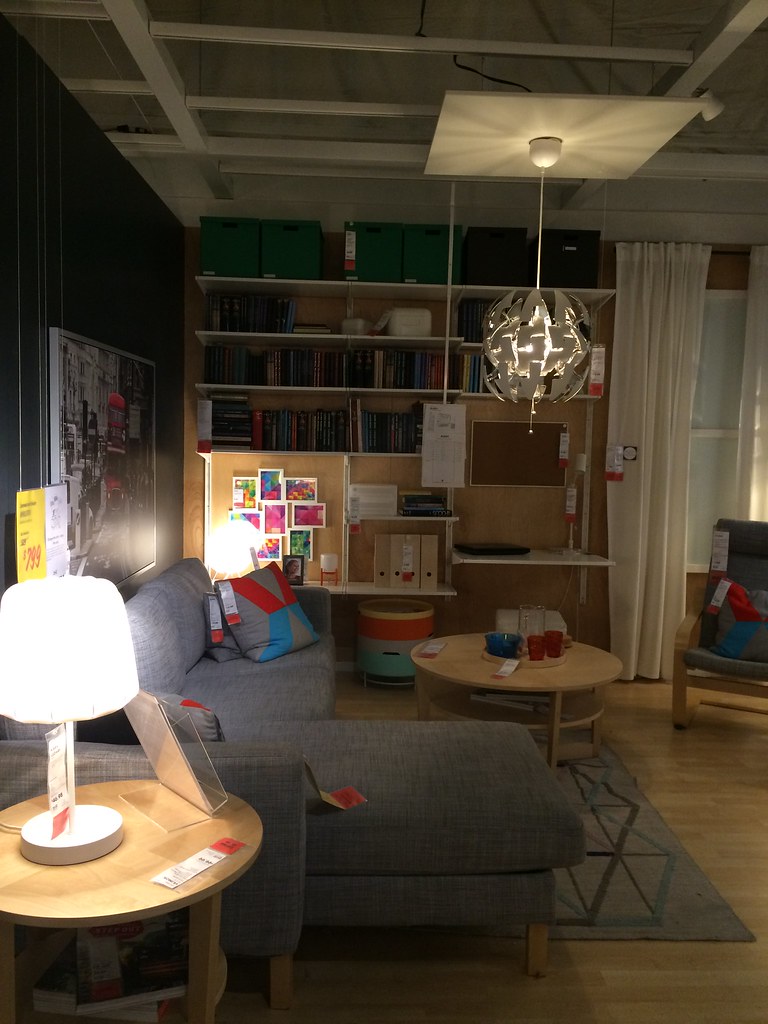 It took us a while to figure out what would work in our new space, but eventually it started coming together. One thing I’m forward to is recreating this corner bookshelf space. 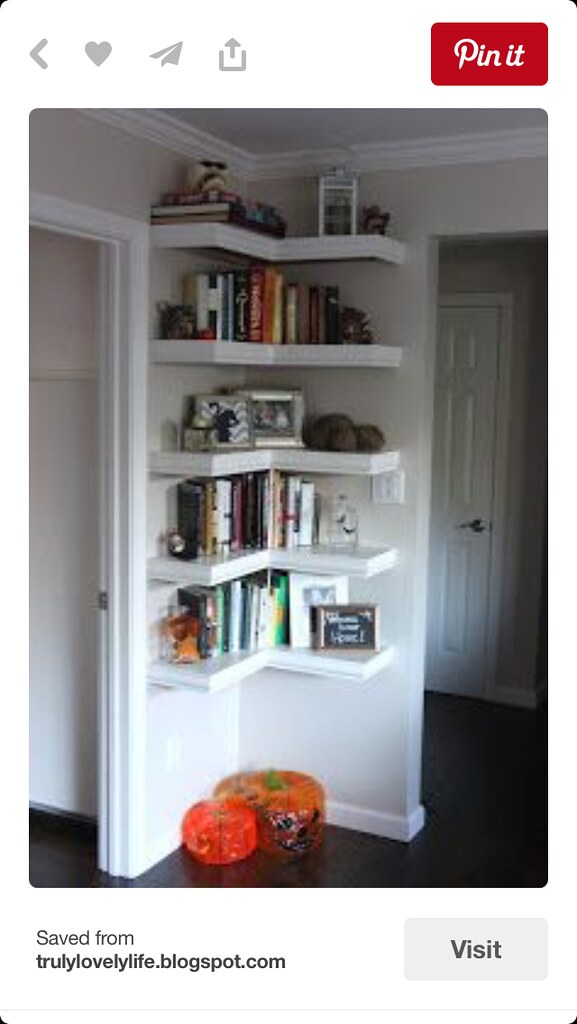 We started the morning with a walk with Murphy and then breakfast at home. 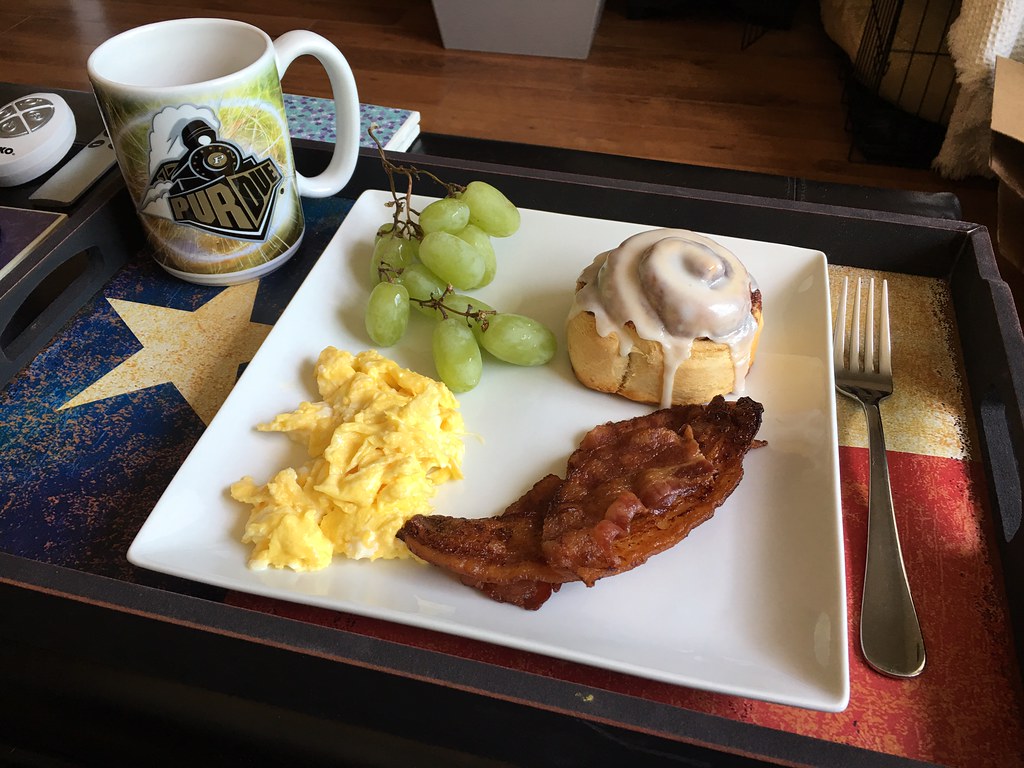 Cinnamon rolls are a Lynn staple on birthdays. Ryan opened gifts after breakfast and we putzed around until lunch. We live in a much more urban area than we have ever lived before, so there are several places we can walk to so we went to a bakery/cafe. In the afternoon, we drove downtown to go to Klyde Warren Park, which is a 5 acre park that has a small dog park, play area for kids, tons of food trucks, bar, lawn games and more. The dog park was much smaller than I was envisioning, but Murph still had fun being the “big dog.” 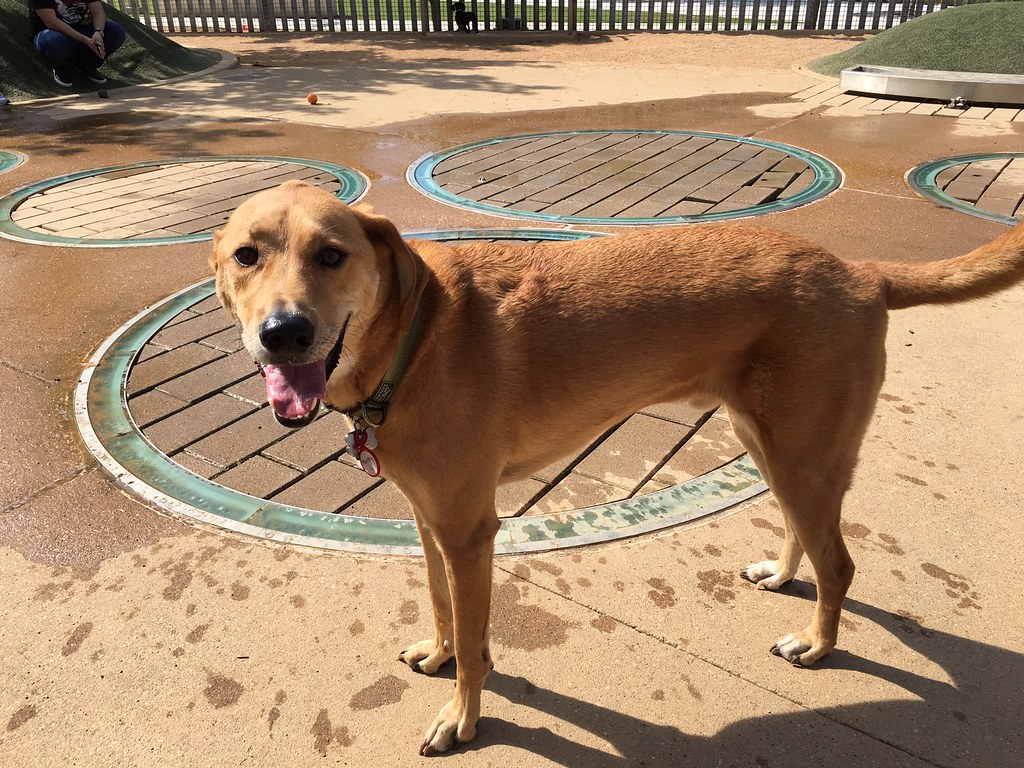 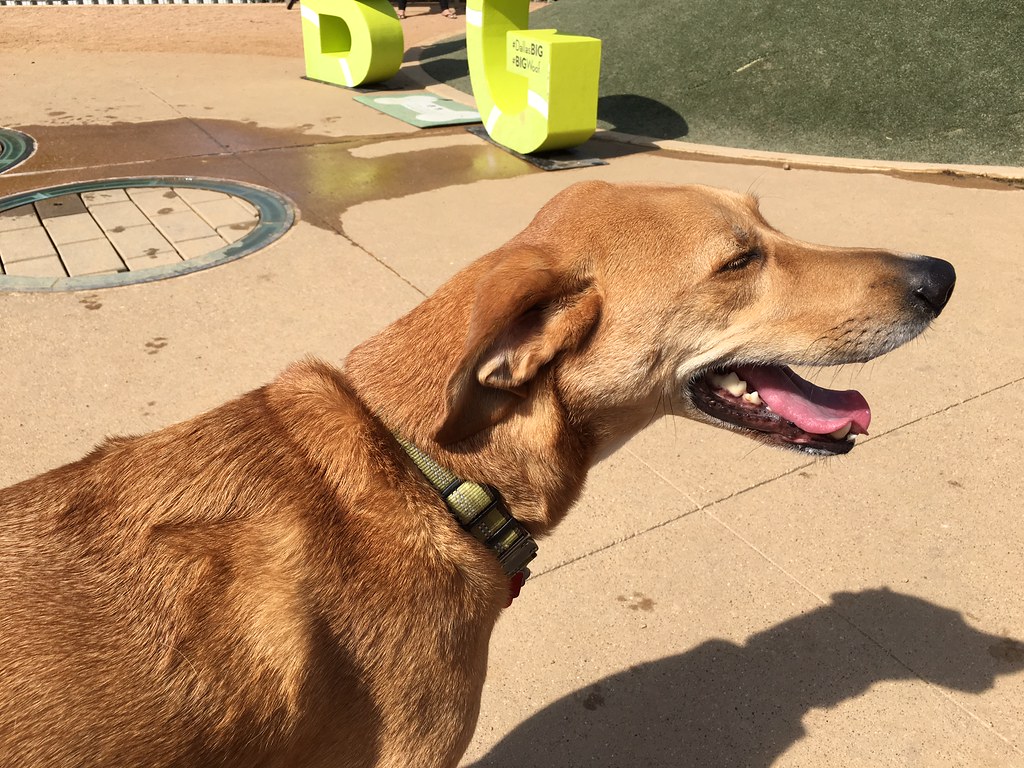 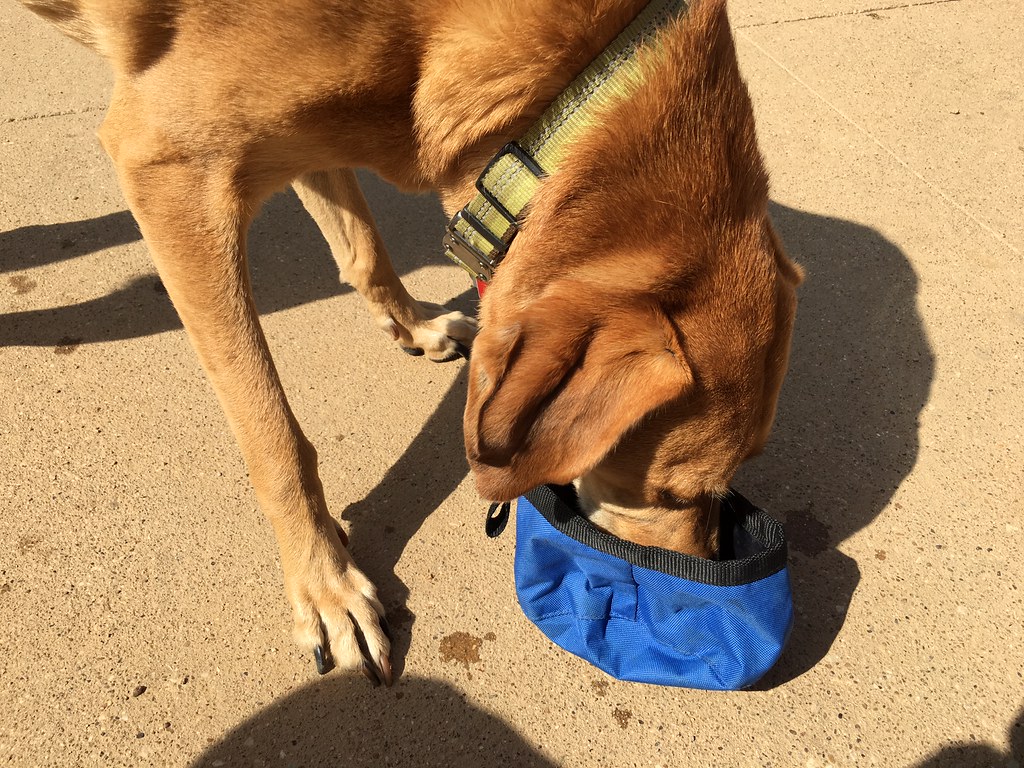 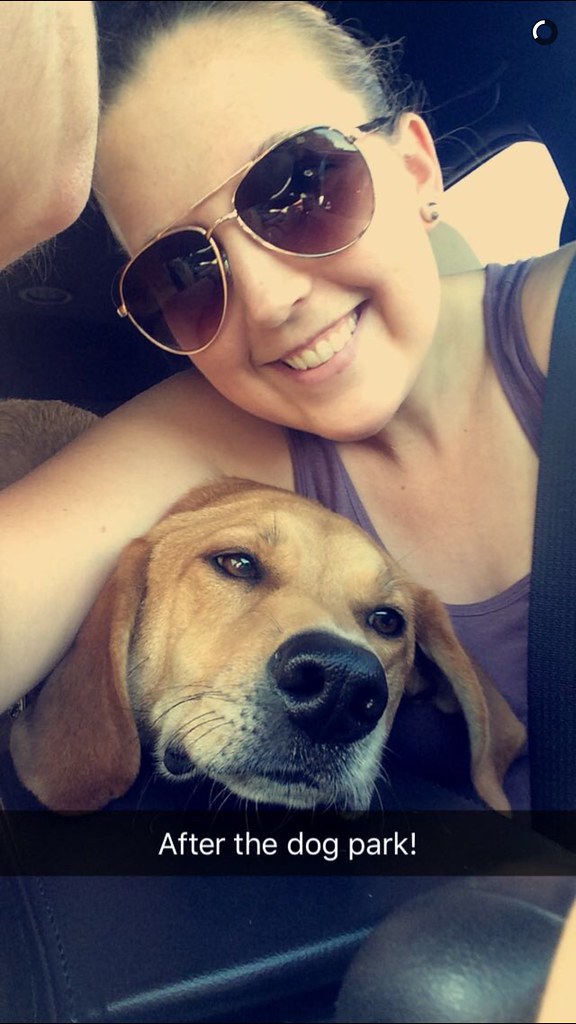 Such a happy pup!

Later on in the evening, we met friends for dinner at Stampede 66, which is a modern Texas BBQ restaurant downtown. 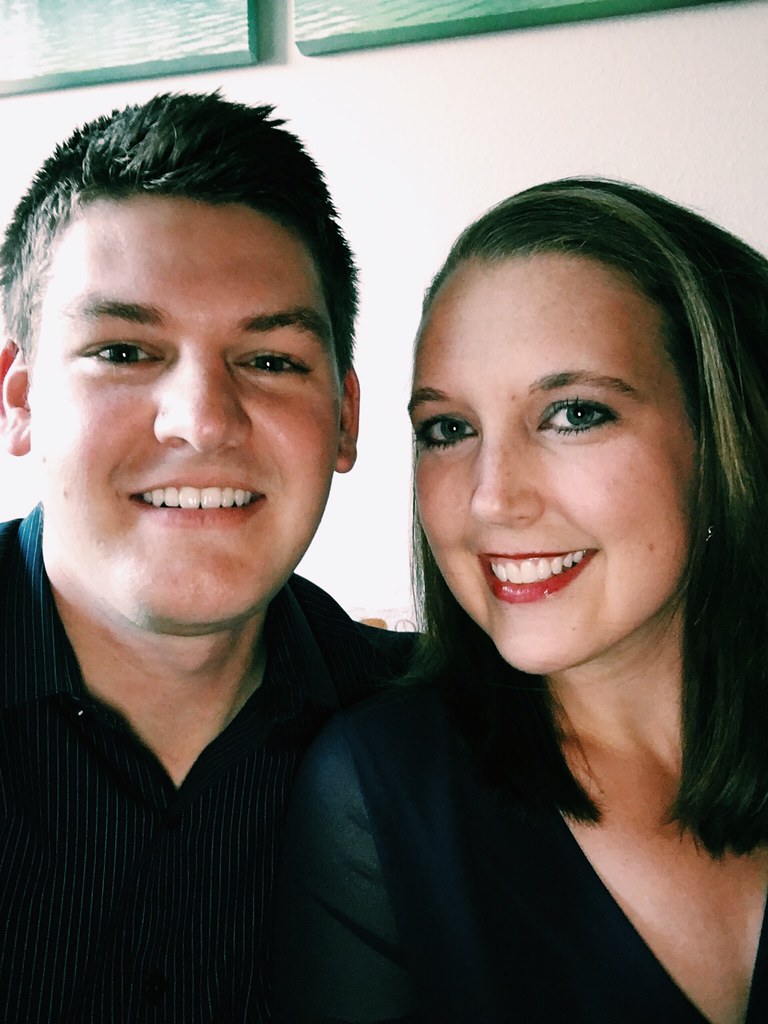 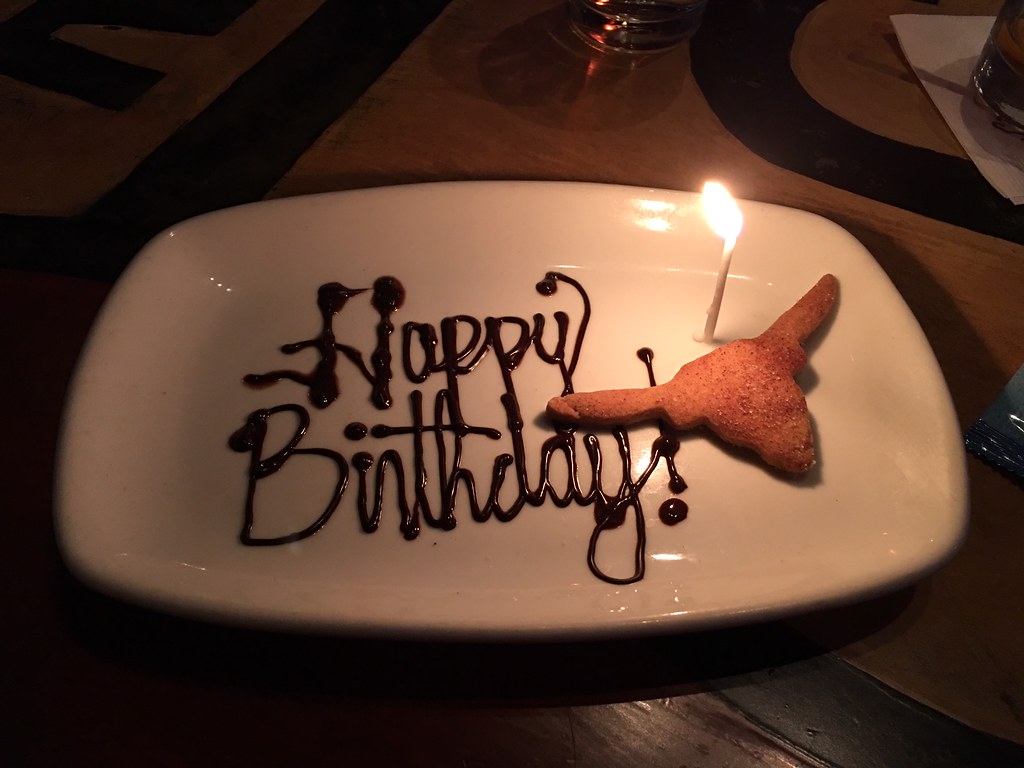 After three weeks of being here, we were finally able to go out and do something “Texas-y” (yep, just made up that word, go with it) and checked out the State Fair. One thing I found interesting: It is called “The State Fair of Texas” not “The Texas State Fair.” Aren’t most state fairs phrased “The {state name} Fair”? I had to laugh because that seems like such a Texas thing to do. 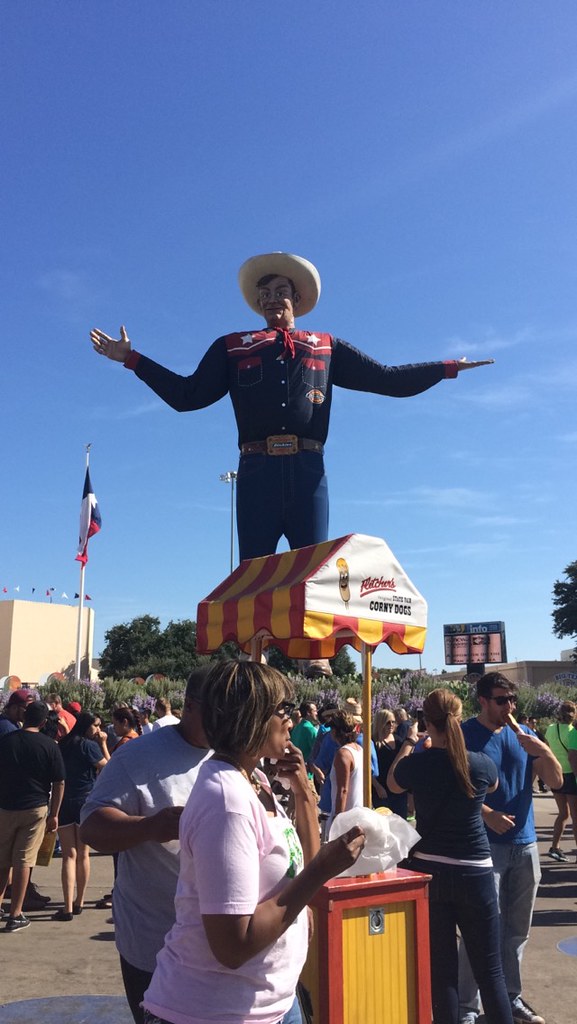 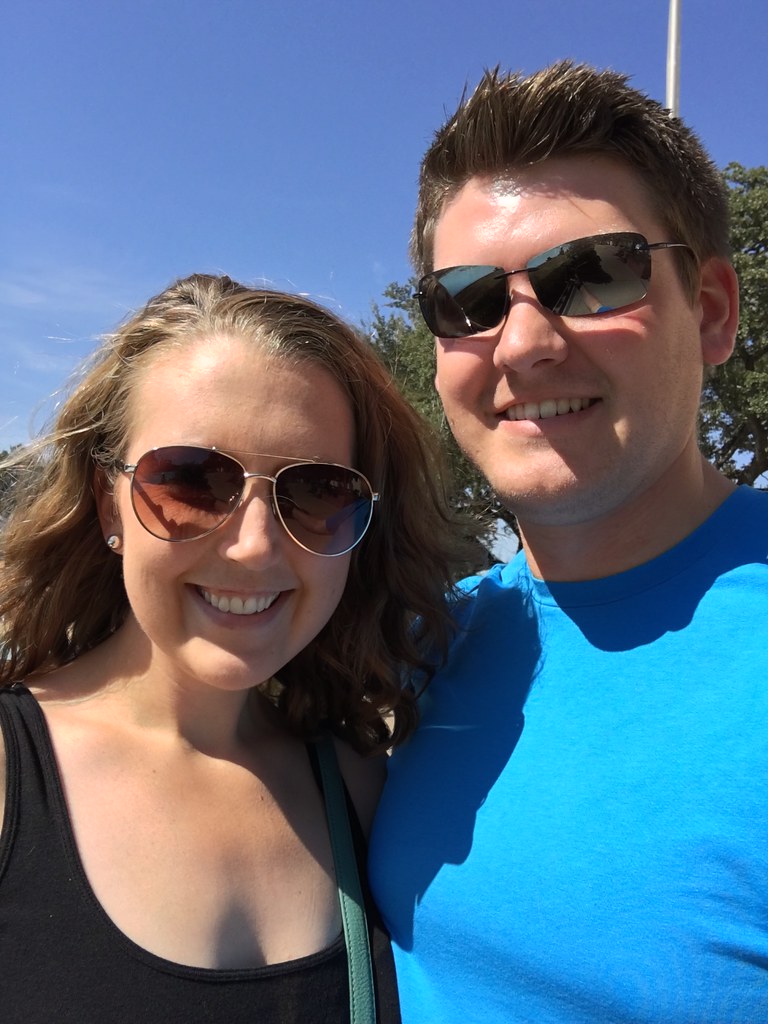 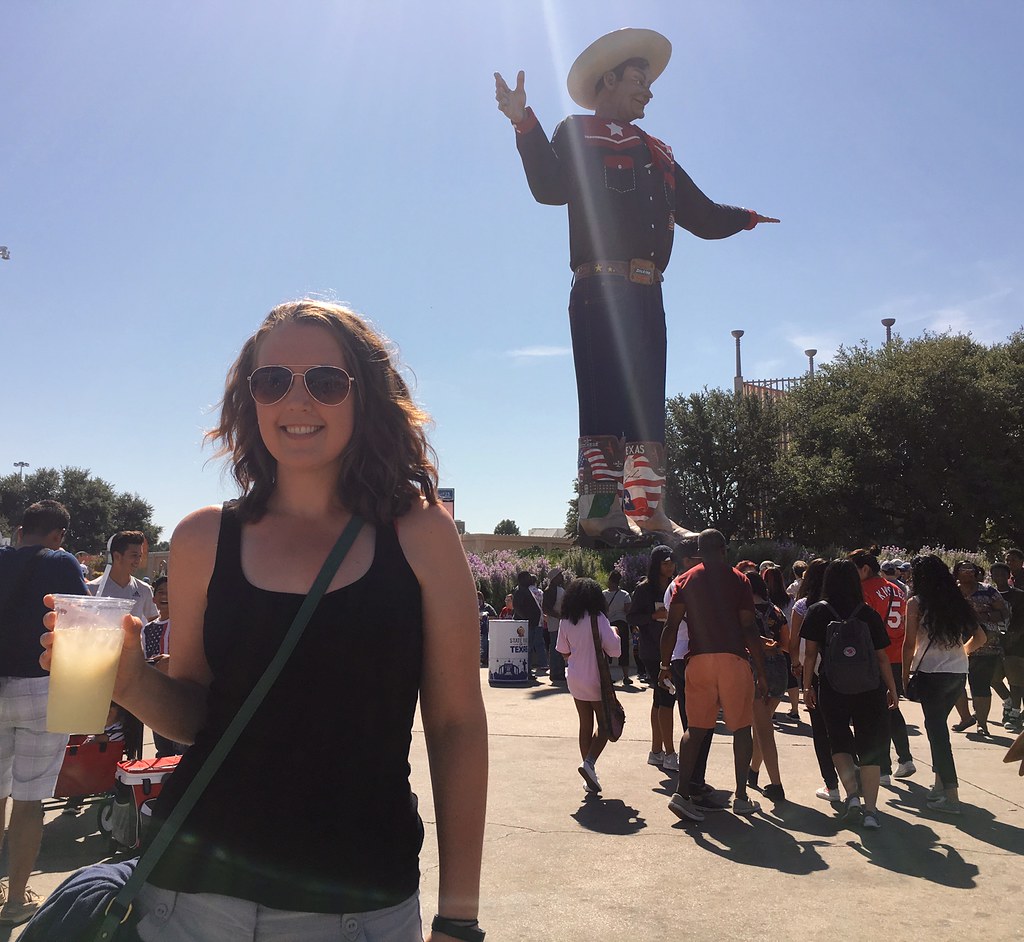 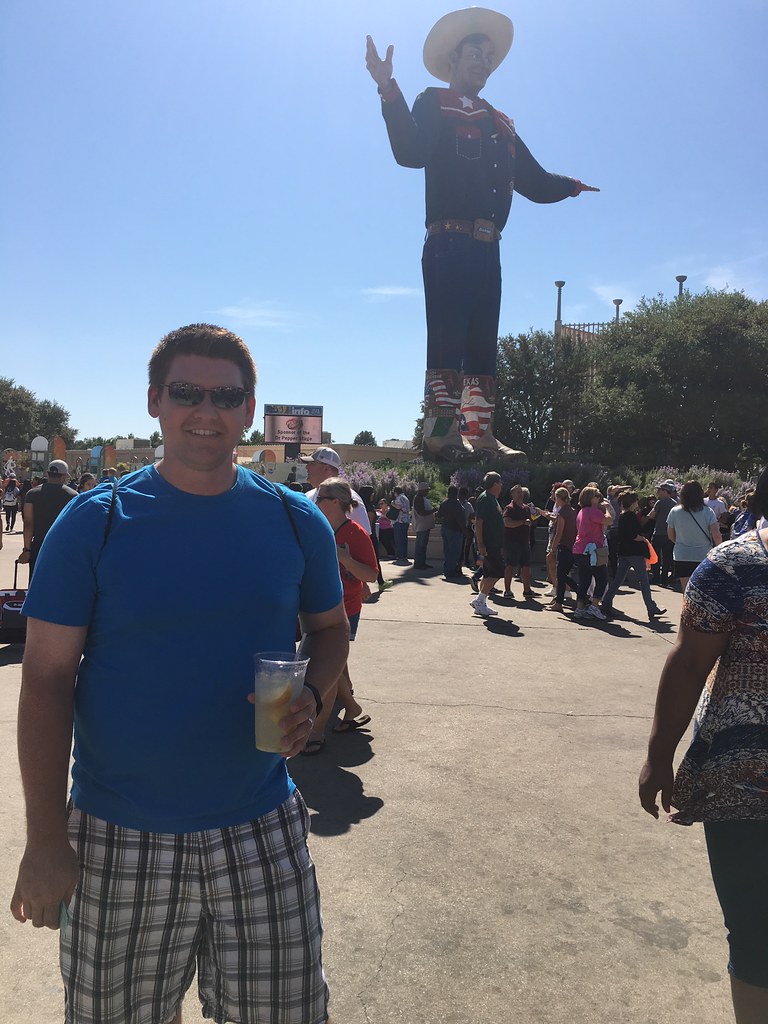 Of course the thing to do at a state fair is eat things you never eat outside of state fairs, so that’s what we did. One of those eats included a deep fried cinnamon roll with crumbled bacon. 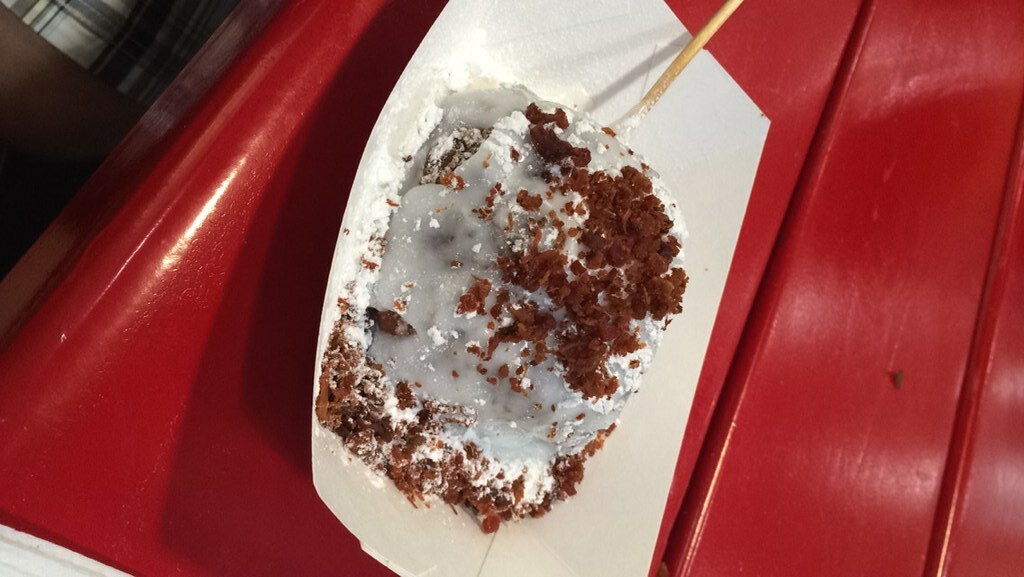 I didn’t really understand all of the hype. The best part of a cinnamon roll to me is the gooey center and since this was deep fried it was more crunchy. Oh well, now we can say we tried it! 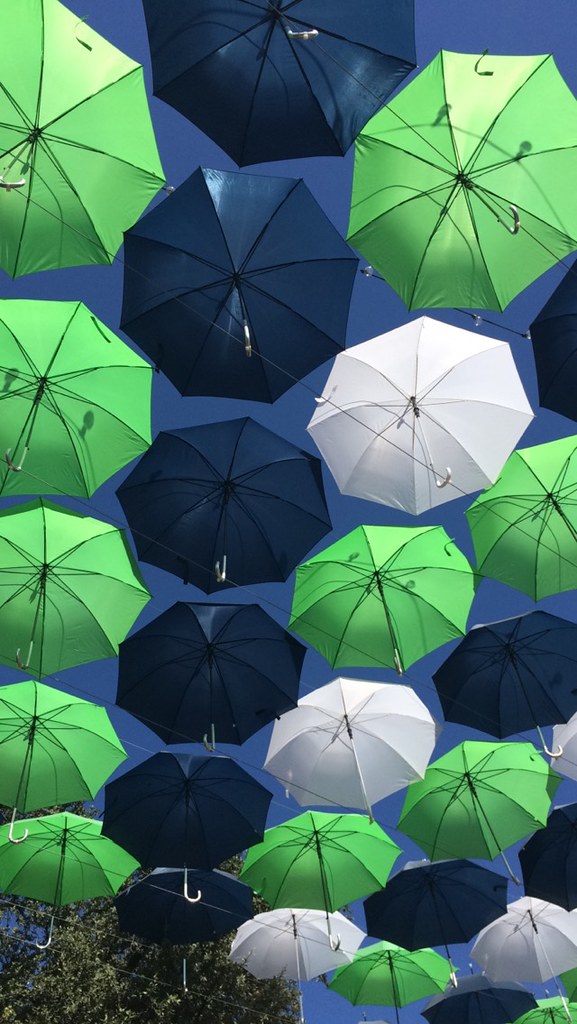 The timing of this trip was awkward, since we just moved to Dallas, but what are you gonna do? 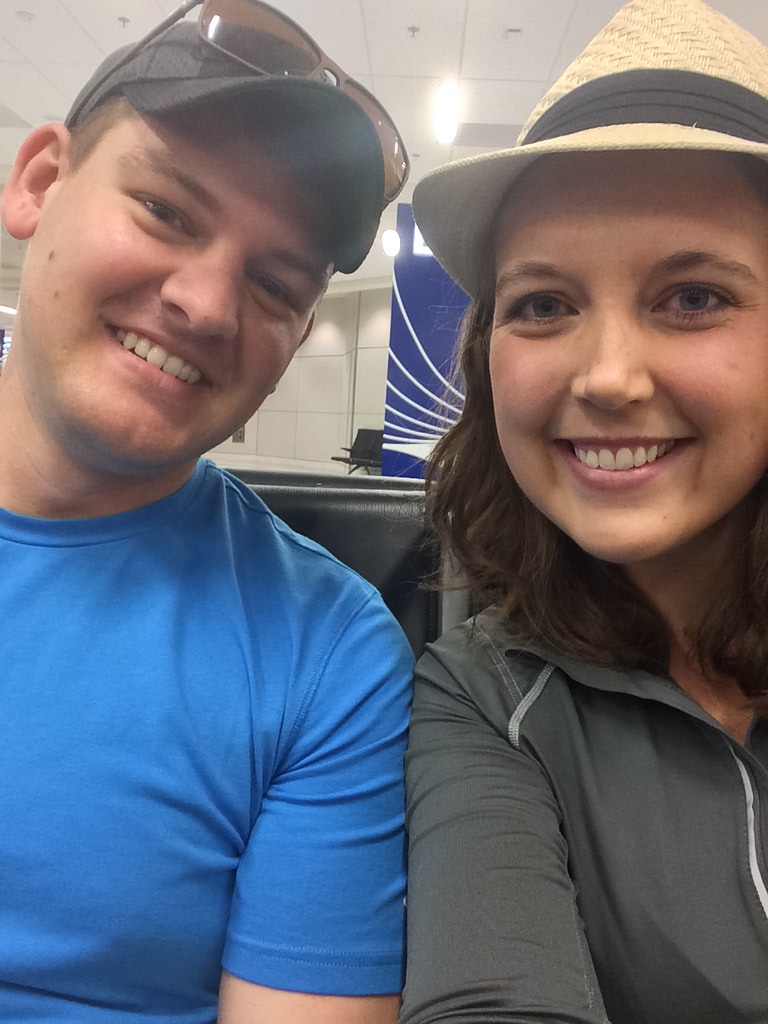 This was our “yay, we are out of debt” vacation. We went with two other sets of friends and it was so relaxing! 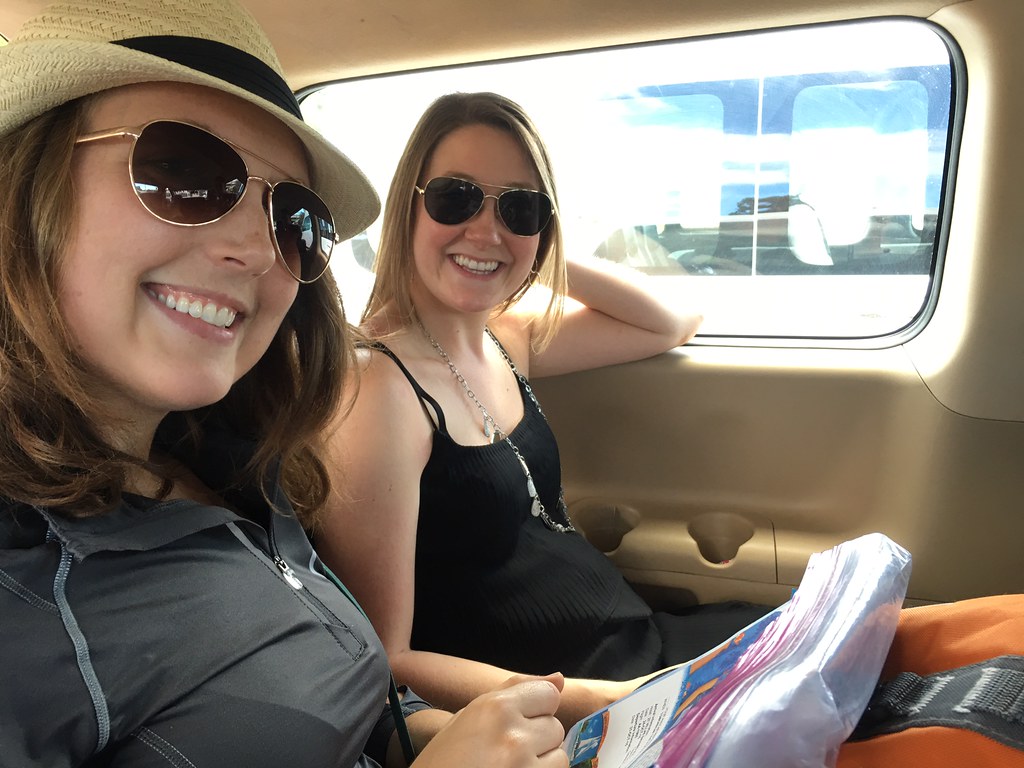 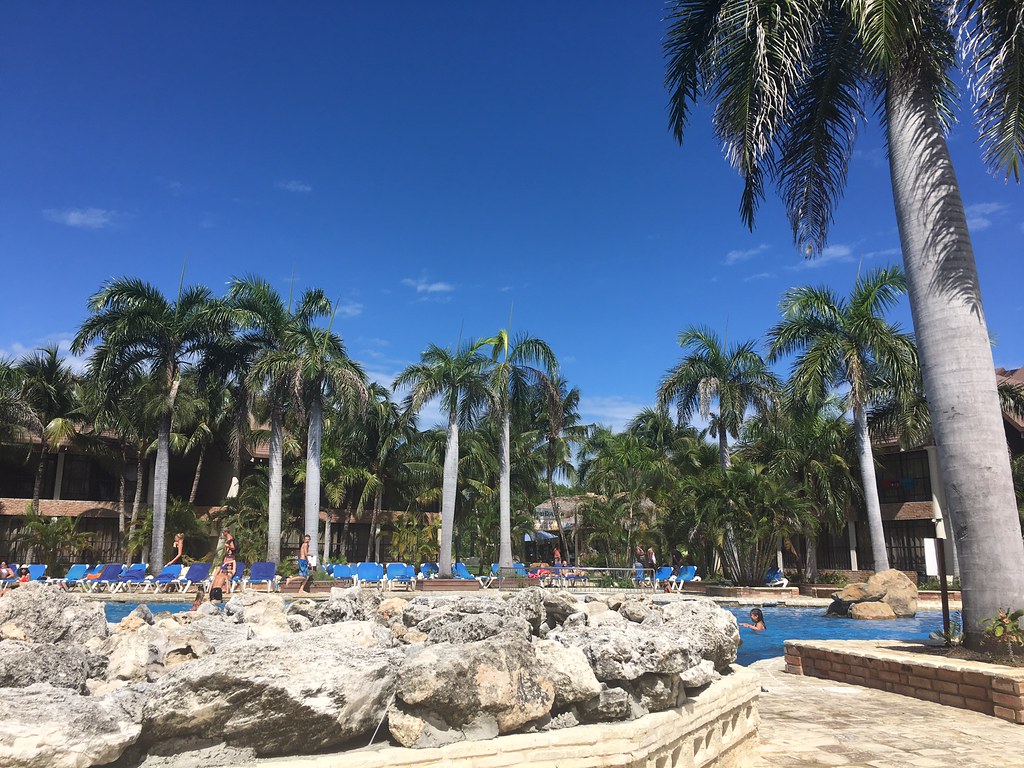 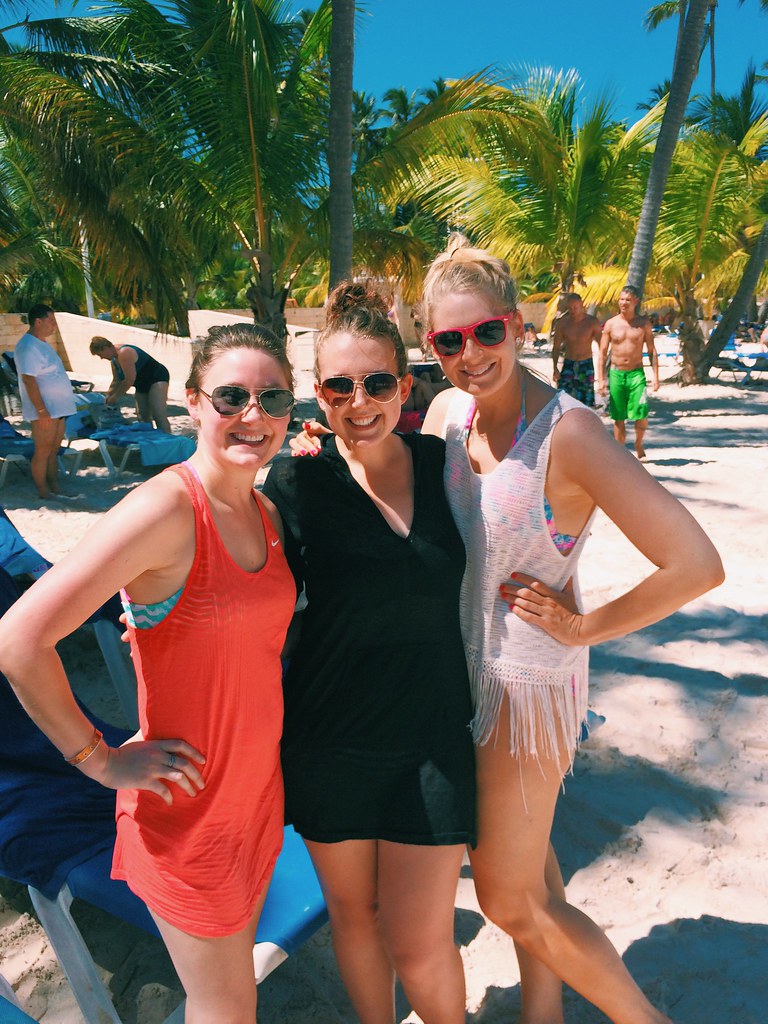 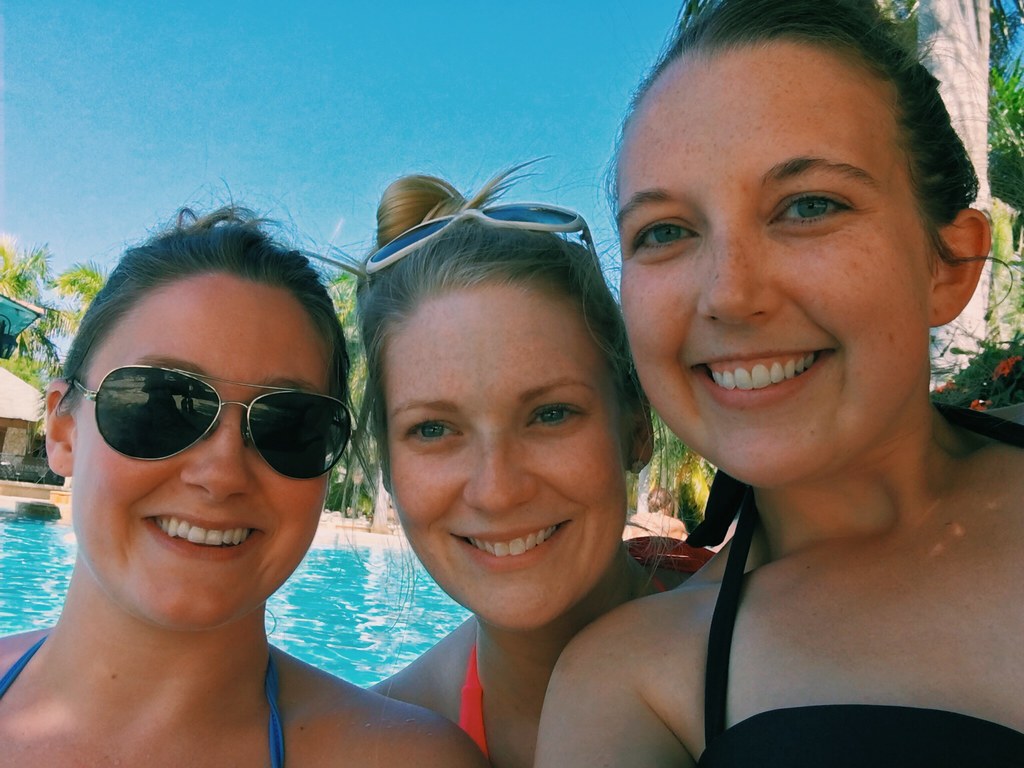 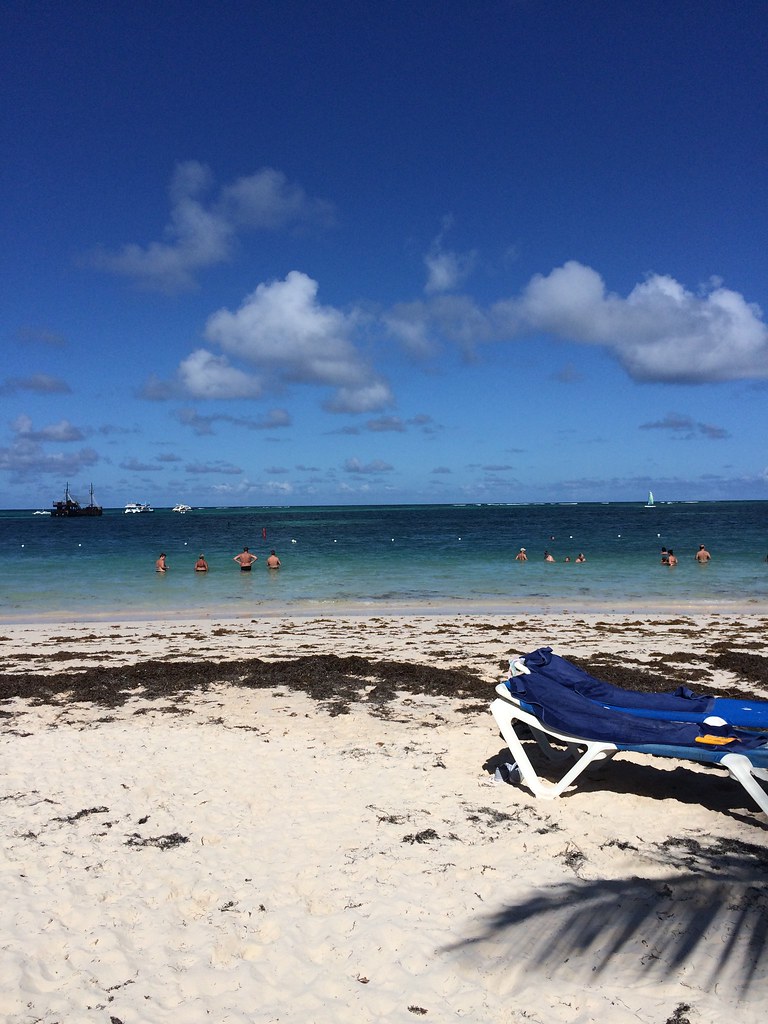 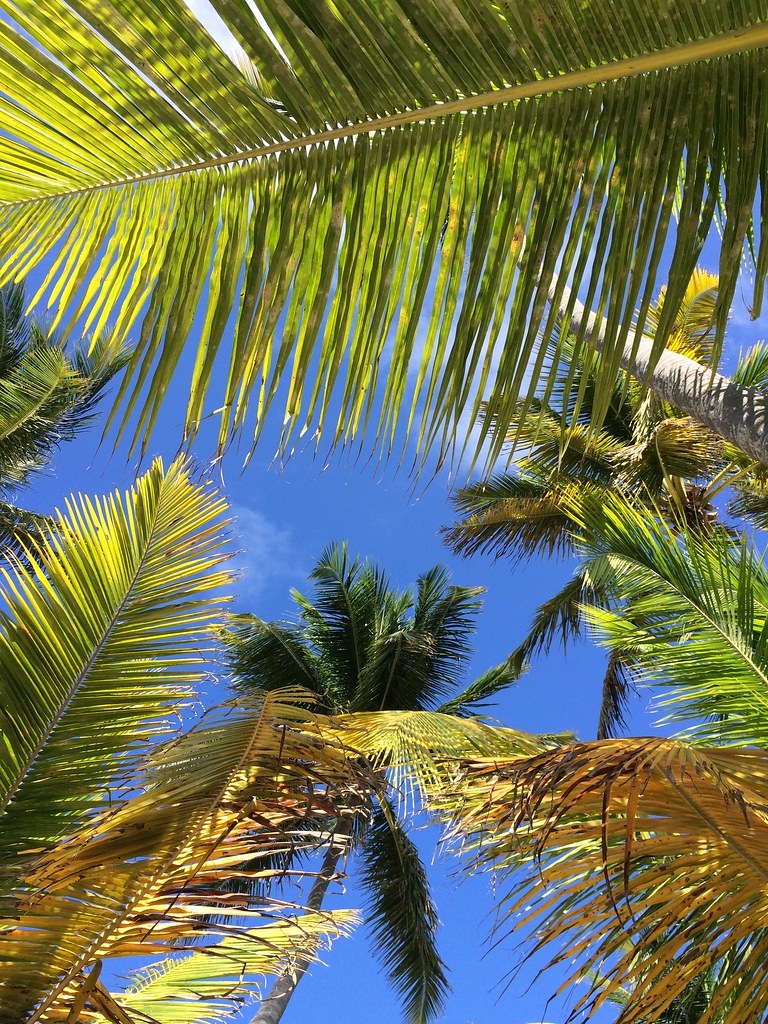 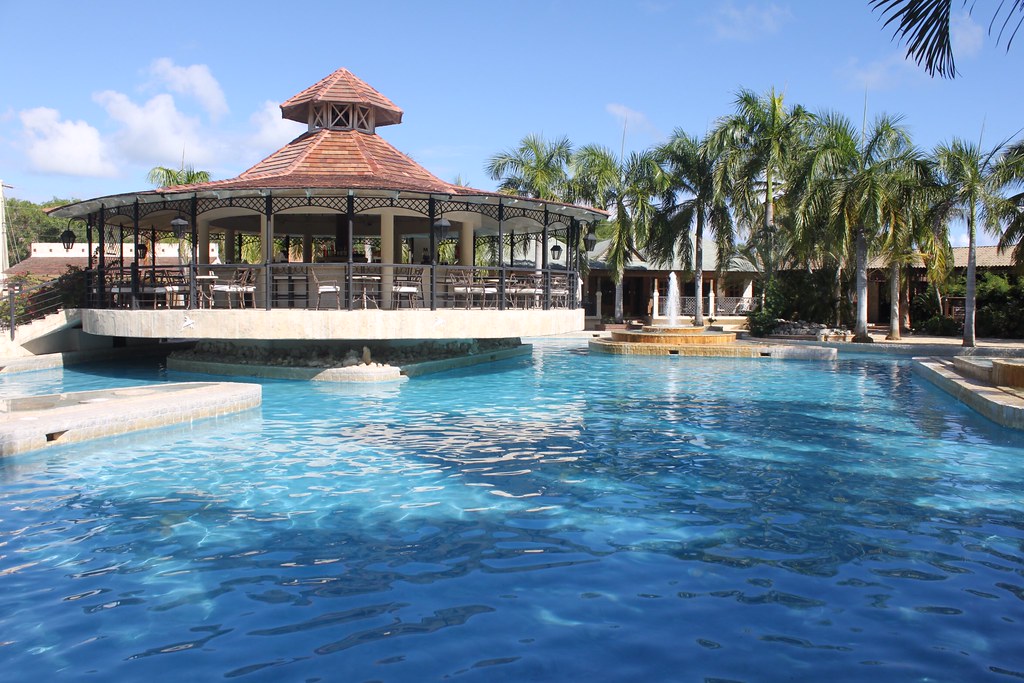 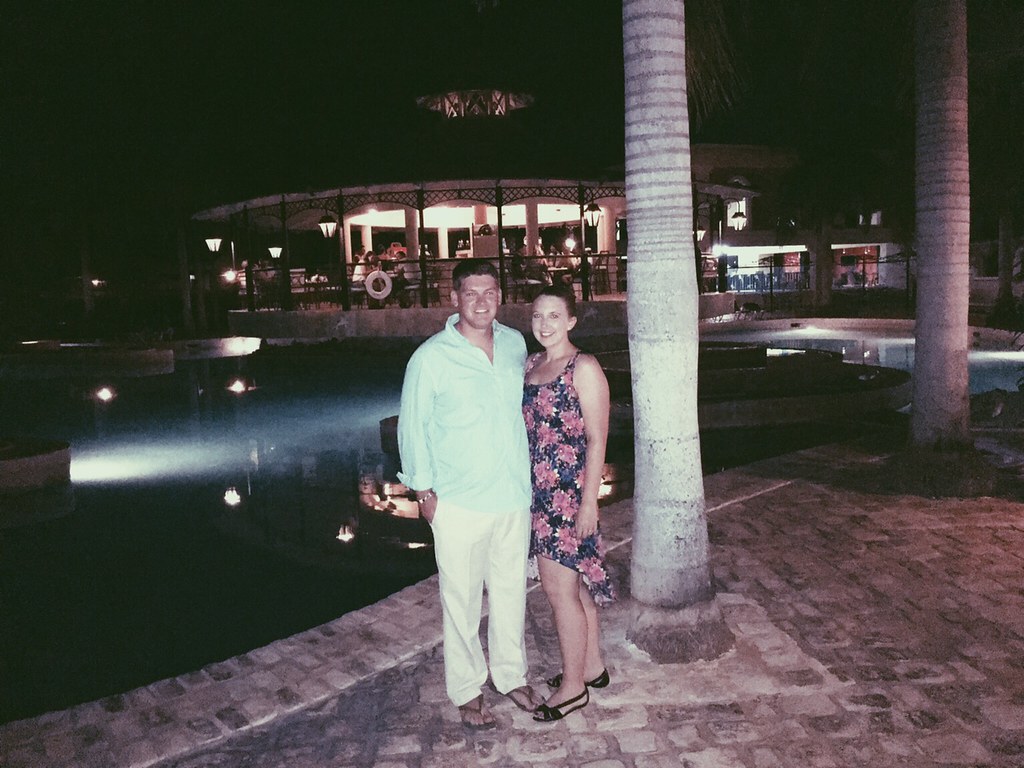 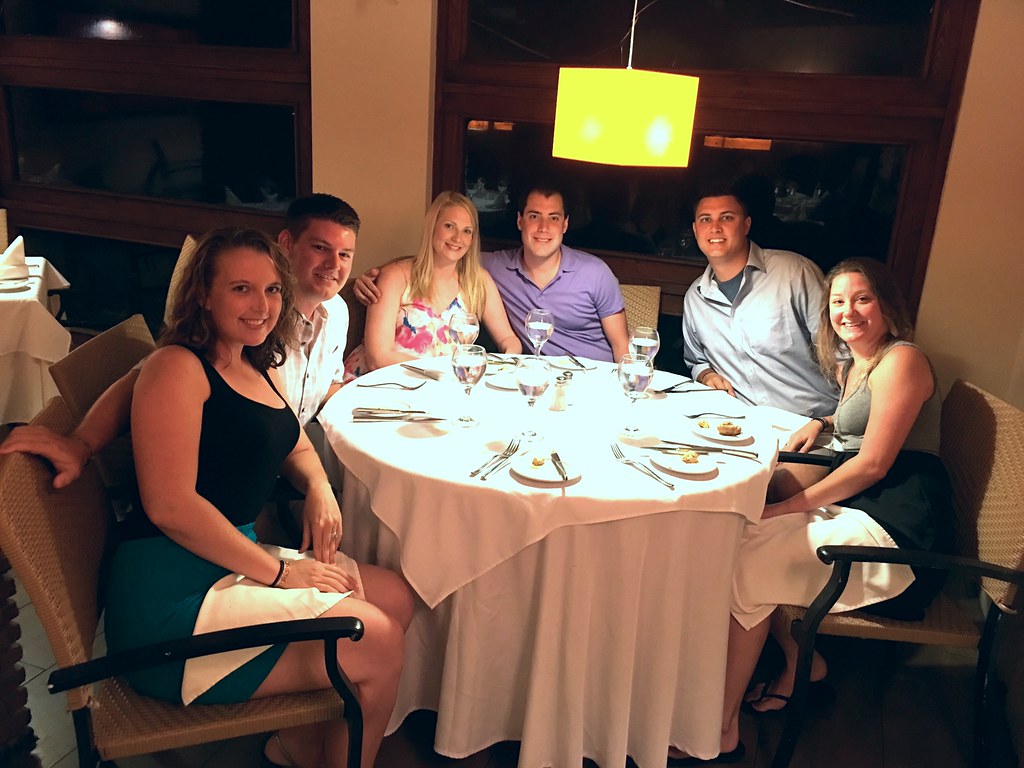 Most vacations we take we end up being pretty active, doing excursions, hiking, etc, but this one we completely relaxed and didn’t do much of anything besides, eat, drink, read, and hang with friends. As soon as we got back from Punta Cana, we took turns being sick. I don’t want to complain, but it was pretty awful, especially for Ryan. But! We are back on the mend and feeling mostly like ourselves again.

Random things that have happened since we got here: 1. Our Jetta (Ryan’s car) has proved to still be a big pain in the butt. 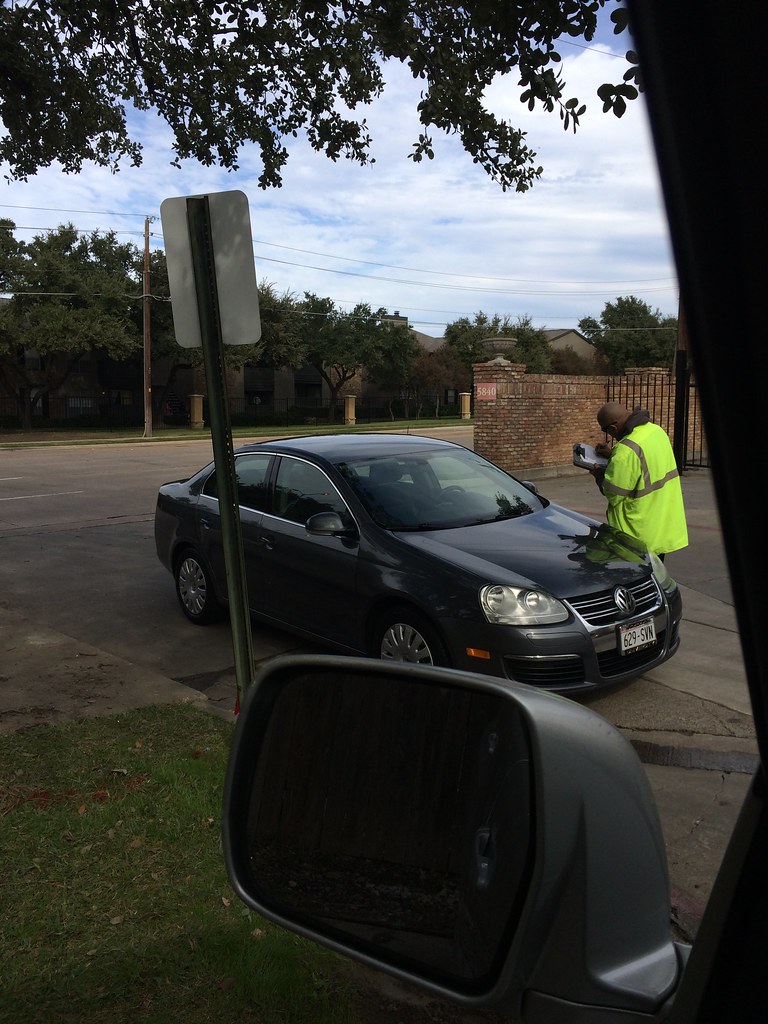 We are very fortunate that with Ryan’s new job he is provided a company car. This means we can get rid of this stupid Jetta that has caused us problems since we purchased it in February.

We were literally taking it to CarMax to get a quote on it….and of course it died. So we waited an hour to get it towed, then realize the place it was towed to was randomly closed on this particular Friday so we had to leave the car (with the window halfway down…) for three days before the shop was open again.

If it takes even more convincing of how evil this car is, our total for the fixes ended up being $666. I cannot make this stuff up. At least the shop owner rounded it down a dollar because she was also freaked out by that! 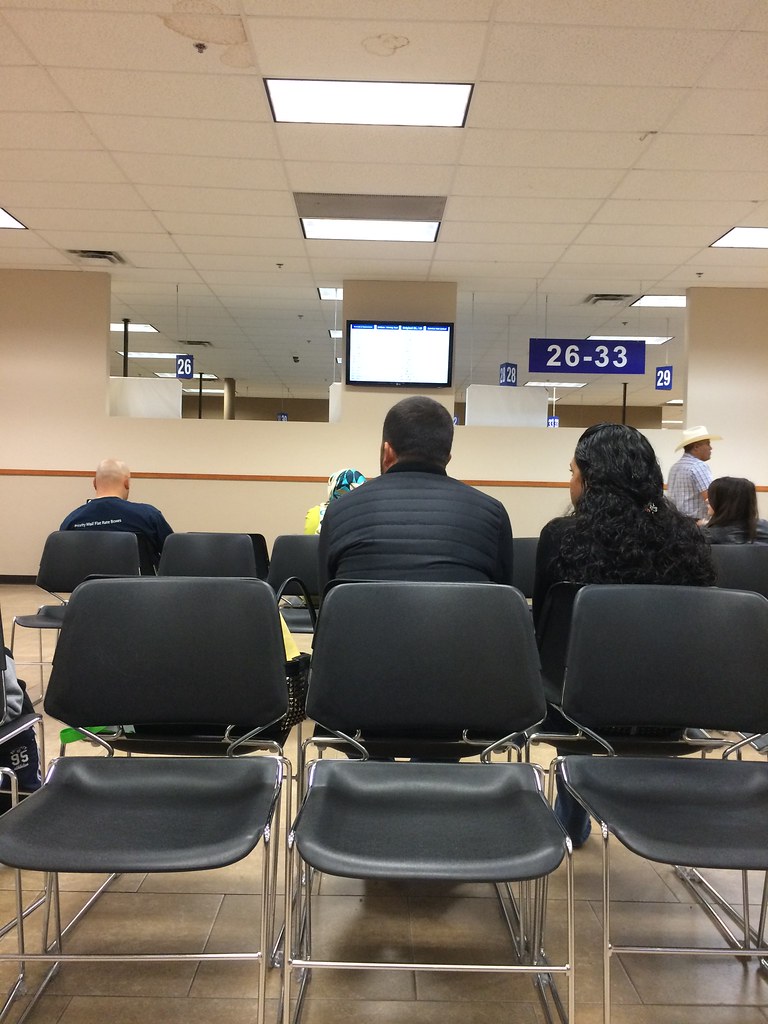 Getting your license and registration here is an adventure to say the least. For starters, you go to two different places to get your registration and your license, which is a pain. Then, the most confusing part of the entire process to me, you never go to the DMV. You go to your county tax assessor office for your registration and to change your title, and then you go to the Department of Public Safety for your license. Uh…where’s the DMV? What does the DMV do here? Is there a DMV? I have no idea. We were told by some friends to go to one of the “mega-plexes” to get your license. I spent a good hour on the phone trying to “get in line” and then get out of line, talking to a computer robot about getting in line…I eventually had to dial 0 and plead to talk with a human because I was totally confused. But it is done and we are waiting to get our real licenses in the mail. 3. The holidays are already coming 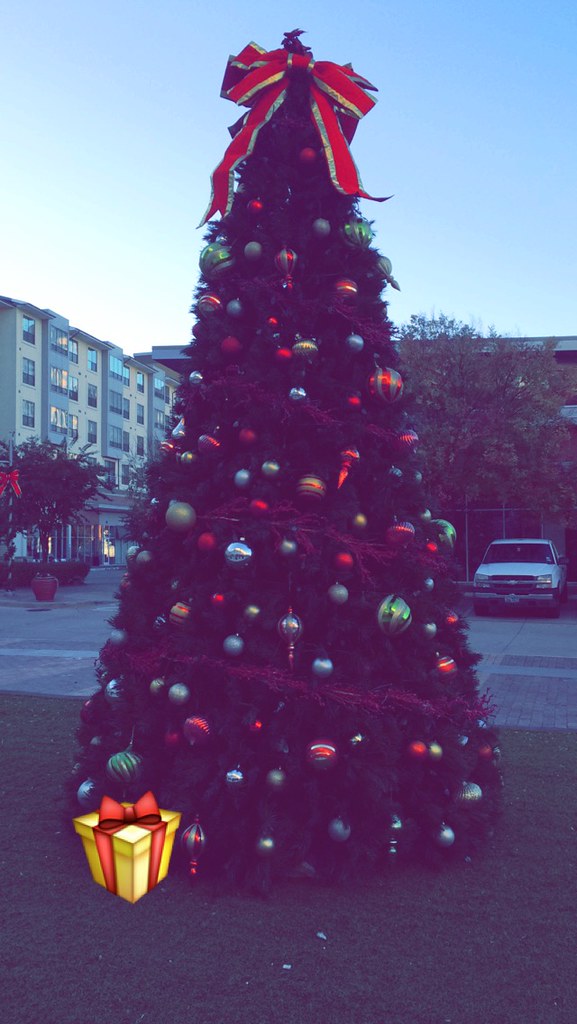 I can’t believe Thanksgiving is this week! Time has flown since being here.

Above is a Christmas tree that is out in front of our apartment complex. It doesn’t feel like the end of November, with the weather still being in the 60s (and if I’m being honest, sometimes 70s :))

And I think that brings us to this past weekend, which I will detail in a different blog post. Hope everyone has a good week!

4 thoughts on “Playing Catch Up”